Spoleto boasts a system of mechanized routes, alternative to vehicular traffic, of great value and importance; it is unarguably the most impressive public work carried out in the last 150 years. 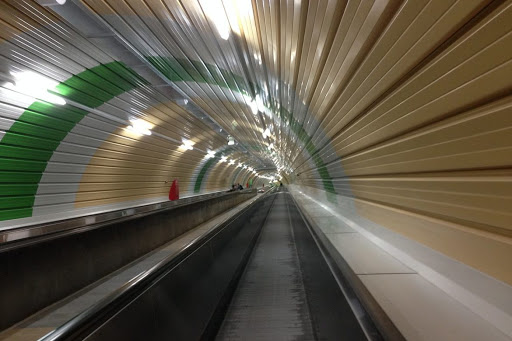 But the attention, or we could possibly say the passion for the alternative mobility is however not confined to present days; on the contrary, it is rooted in the city’s DNA.

You’re not convinced, are you?

Well… please take a look at this photograph, or rather, this photomontage; you will be surprised and amazed, but what you see is indeed the cabin of a cable car that runs along the slopes of Monteluco. No, it was never built, but it was designed in the early decades of the 20th century.

Two photos of the cableway project are kept in the Photographic Section of the “G. Carducci” City Library. 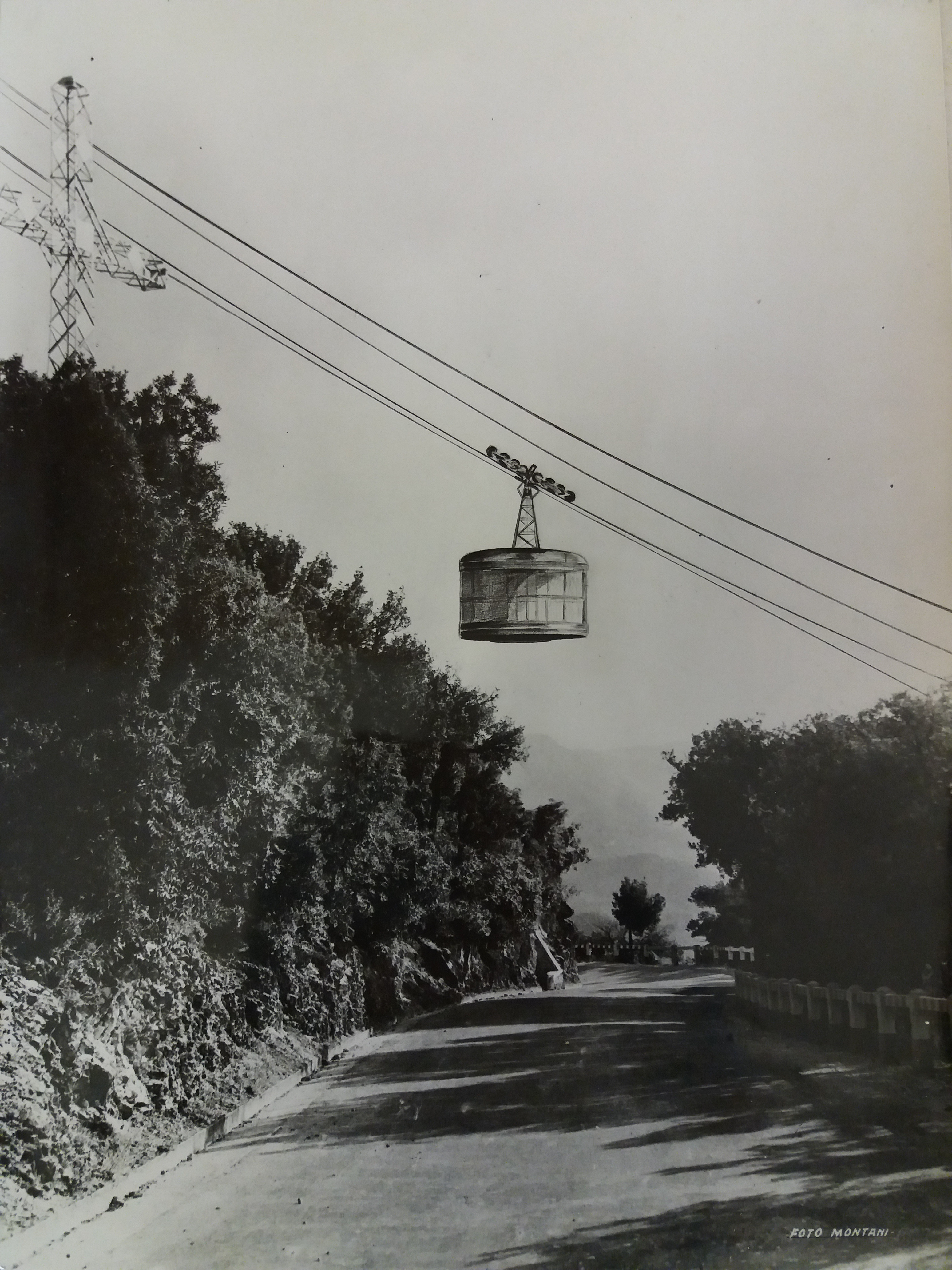 Browsing through the documents in the Carducci Library, one also discovers newspaper articles (specifically from Il Messaggero) that tell of the project to build a funicular up to the top of Monteluco. 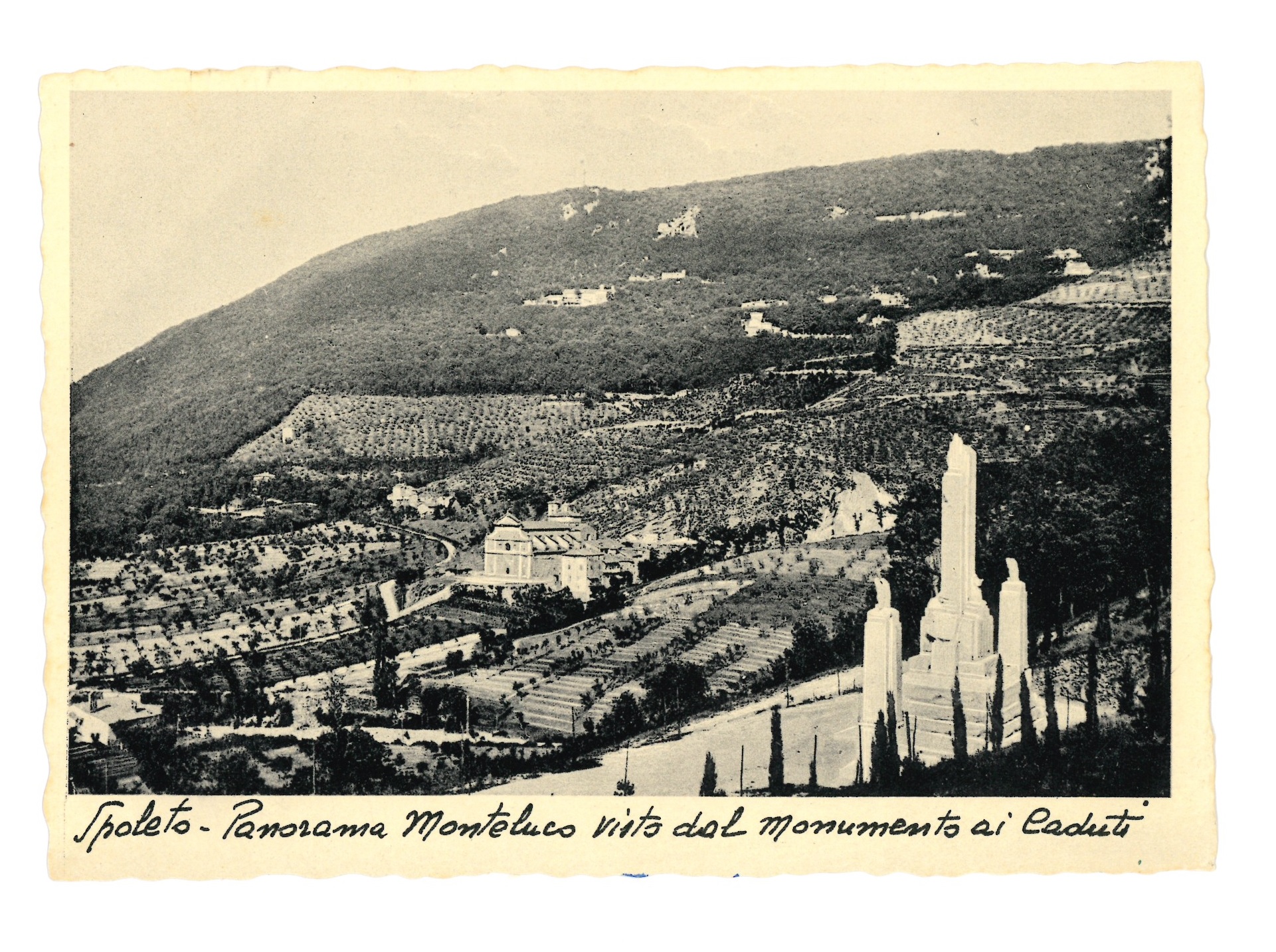 In April 1920, close to the completion of the construction of the new road to Monteluco, the local press reported on a project to ease the access to the mountain, a privileged place for holidays and outings for the people of Spoleto and beyond. The promoter of the project was accountant Wigleff Martinelli, whom the same newspaper later counted among the managers of the Monteluco mountain colony. In addition to the funicular, a hotel was also to be built in the Calvario area (a place not well known to most people today, located near the former shooting range).

The estimated cost was about 600.000 lire. Accountant Martinelli had envisaged a form of shareholder structure to finance the company. Soon 70.000 lire came form local wealthy citizens. The national government would also contribute, and a special committee established for the purpose.

In November 1920, an update was given on the progress of the project: amidst growing participation, promoter Martinelli was carrying out the necessary surveys for the drafting of the outline project to be delivered to the municipal offices.

But after that, the local press would no longer deal with the matter – at least this is what the newspapers available at the city library show.

To date, no cable car or funicular has ever climbed the slopes of Monteluco.