Spoleto has always been at the centre of important musical events, a city with a specific cultural vocation for opera and melodrama, capable of attracting personalities of the highest calibre. This is demonstrated by an episode in the early 1900s involving Adriano Belli, who in 1947 founded one of the musical institutions that would contribute to making the name of Spoleto known throughout the world: the Teatro Lirico Sperimentale.

On 26 September 1906, one of the greatest composers of Italian melodrama, Pietro Mascagni, then one of the most popular composers and conductors who authored the famous musical adaptation of Cavalleria Rusticana, gave a concert at the Teatro Nuovo in Spoleto. 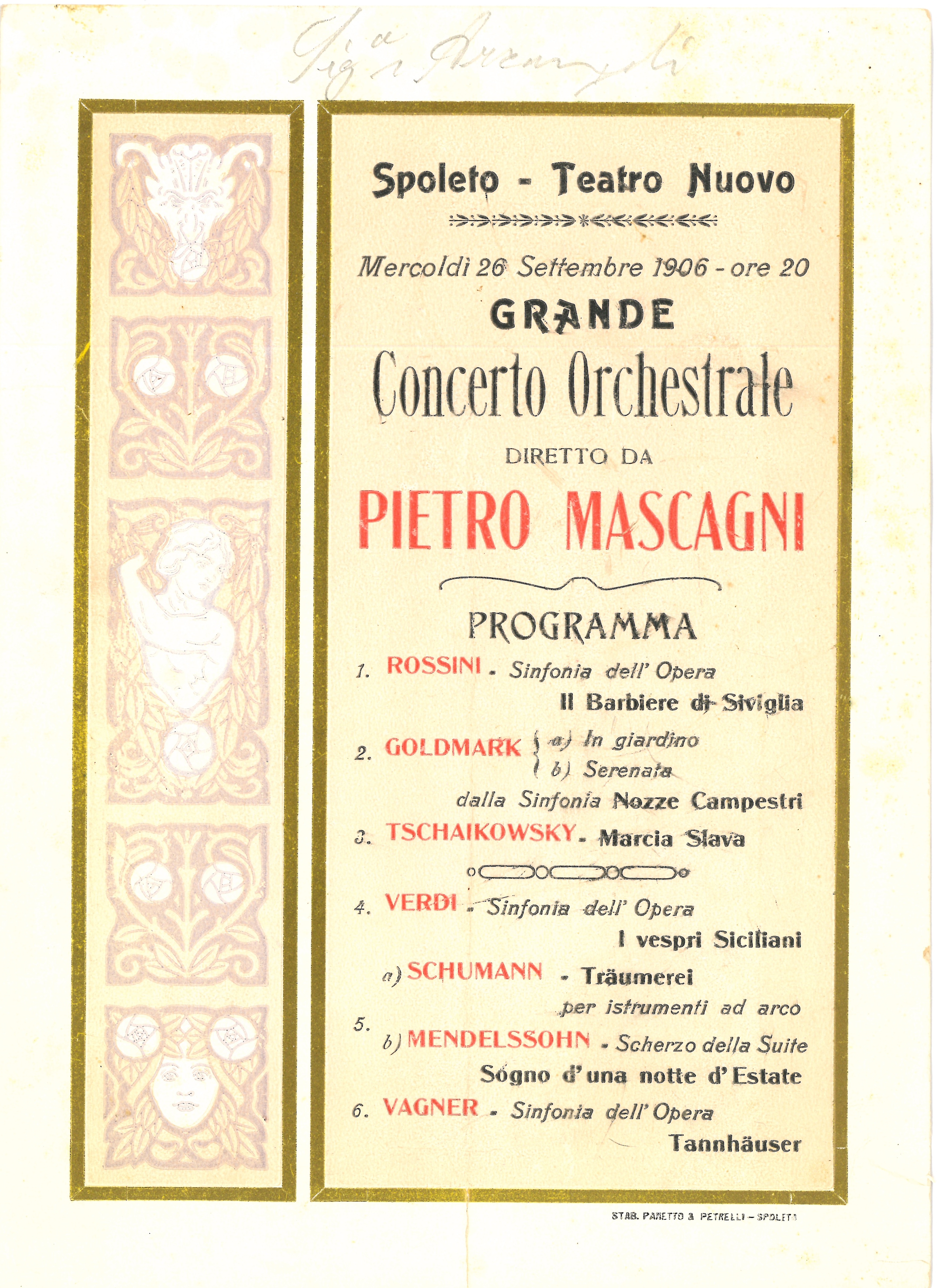 The occasion is a precious one and arouses considerable curiosity: in addition to being a world-famous musician, Mascagni is a true character, multifaceted and exuberant, a lively lecturer and writer, a sort of star ahead of his times, portrayed in newspapers and magazines also thanks to his recognisable silhouette, Tuscan cigar in his mouth and thick hair. A passionate and vital man, consistent in life with the inspiring principles of his art, marked by a vibrant, robust and generous melodic vein that made his fortune.

Due to the geographical proximity – the Maestro was in Foligno for a series of performances of his opera Iris – it was easy for his friend Adriano Belli and the then mayor of Spoleto Domenico Arcangeli to convince Mascagni to give the Spoleto public a symphony concert with music by Rossini, Verdi, Schumann, Wagner and others.

The local newspapers gave wide space to Mascagni’s ‘creative genius‘, then at the height of his popularity. 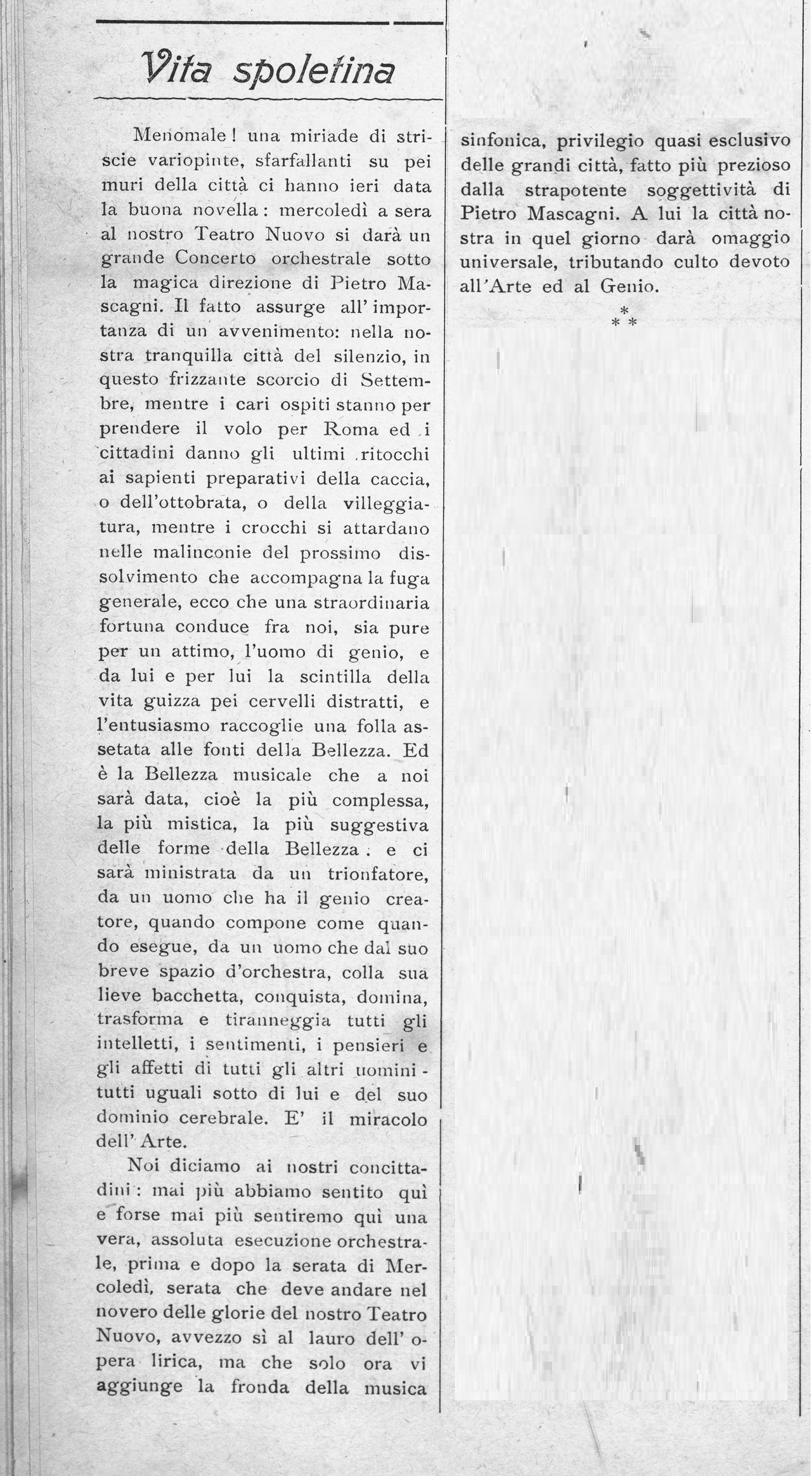 Il Messaggero recounts how the musicians’ and the Maestro’s arrival to Spoleto by train and by car, and reports how the committee waiting for him at Porta Leonina was taken aback when, as a cloud of dust rose up near Villa Redenta, they began to play a welcome march only to realise that it was actually a holidaymaker returning to the city.

For the weekly magazine Giovane Umbria, ‘the fact rises to the importance of an event – in our tranquil city of silence‘, accustomed to the opera tradition but not to the symphonic one, ‘an almost exclusive privilege of large cities‘. The fortnightly magazine Il pensiero radicale devoted almost four columns to the event. The theatre was packed, and applauded thunderously both the conductor and the 60-player orchestra. The evening ended after the concert with a banquet at the Sala Mauri.

All the documents presented here are kept in the Carducci library and are freely available for consultation. The long professional relationship and friendship between Belli and Mascagni can be found in the Archivio Adriano Belli of the Centro Studi Belli-Argiris of the Teatro Lirico Sperimentale.