A dizzying glimpse of Spoleto in the early decades of the 20th century, a bird’s eye view that offers us the extraordinary opportunity to compare eras, to see how our city has changed or to realise instead how its beauty and its characters have remained essentially unaltered: all this thanks to three publications, all accompanied by precious illustrations and pictures, on which we have chosen to focus our attention for the weekly appointment with the column LONG AGO IN SPOLETO.

These include a guide to the Cathedral of Spoleto, published in 1925 by Unione Tipografica Nazarena; a small advertising booklet, a quick tourist guide to the city, printed by Panetto and Petrelli and edited by Albergo Tordelli, one of the first hotels to open in Spoleto, located in the building by the same name in Corso Vittorio Emanuele 17 (now Corso Mazzini); finally, a detailed description in book form, signed by Domenico Pacieri, of the Giro del Ponte delle Torri, printed in early 1920 by Premiata Tipografia dell’Umbria. 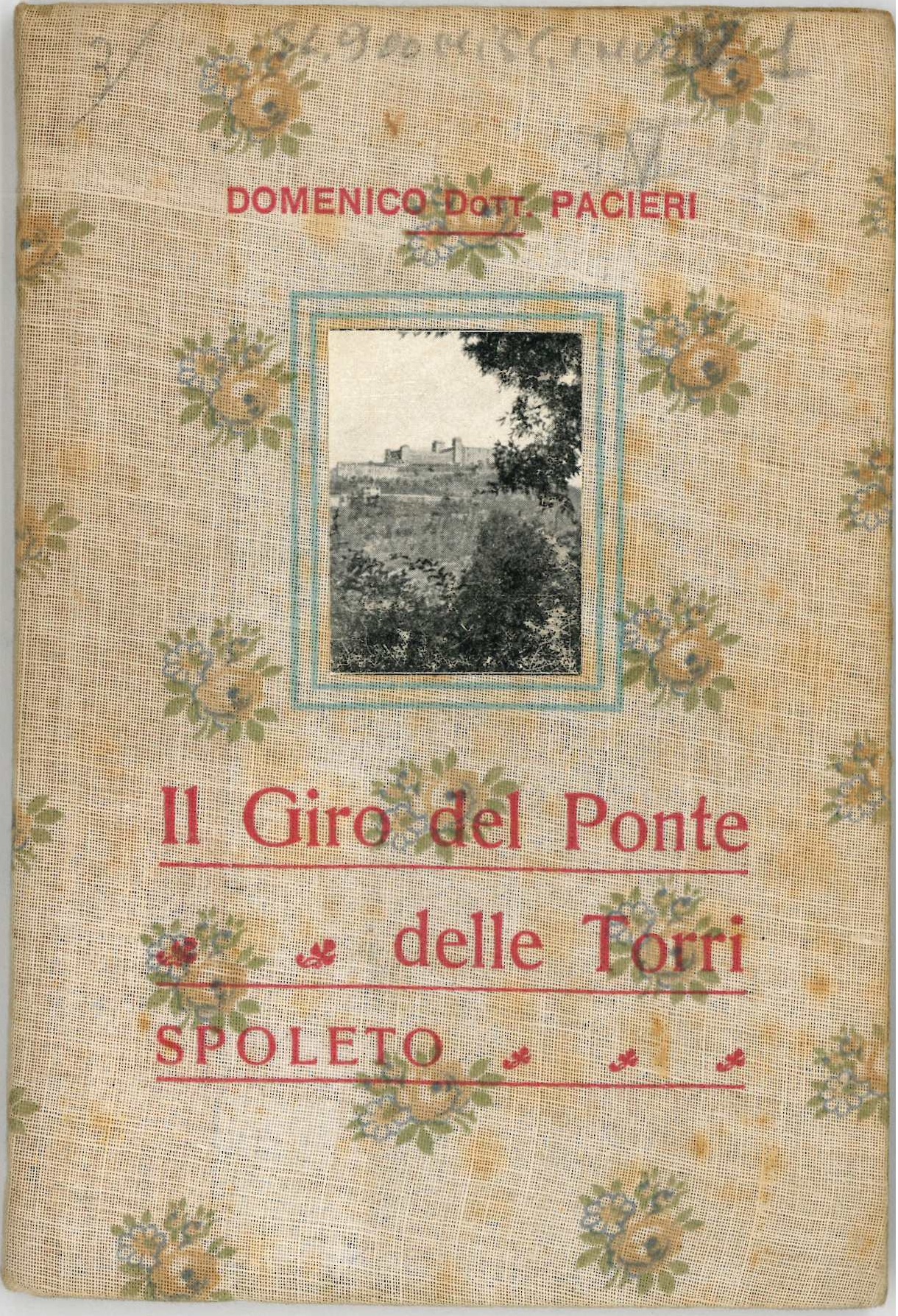 Both the guide dedicated to the Duomo and the booklet of the Albergo Tordelli provide, with the help of some fine photographs, a brief history of the city and the works of art and remarkable monuments that still characterise it. But since it is also a promotional vehicle, the pocket-sized booklet of the Albergo Tordelli arouses curiosity above all in the description of the hotel, defined as a “first-class house, in a central, enchanting position”, an “ideal stay for spring, summer, autumn” equipped with “all modern comforts: radiator – lift – bathrooms“, “restaurant and tea room” and “garage”.

Dr. Pacieri’s description of the Giro del Ponte delle Torri is a remarkable document, both for the suggestion of the splendid photographs that ennoble the text, and for the evocative power of his prose, which describes in detail, with lyrical and impassioned enthusiasm, the various views that the traveller encountered during his walk: a panoramic tour of about two kilometres that started from one of the old gates, later demolished, of the city (Porta Romana) located opposite the entrance to the Spoletosfera, proceeded along what is now Viale Giacomo Matteotti, continued towards the slope leading to the steps of the church of San Pietro, took place mainly at the foot of Monteluco, before crossing the Ponte delle Torri and finally reaching Piazza Campello. 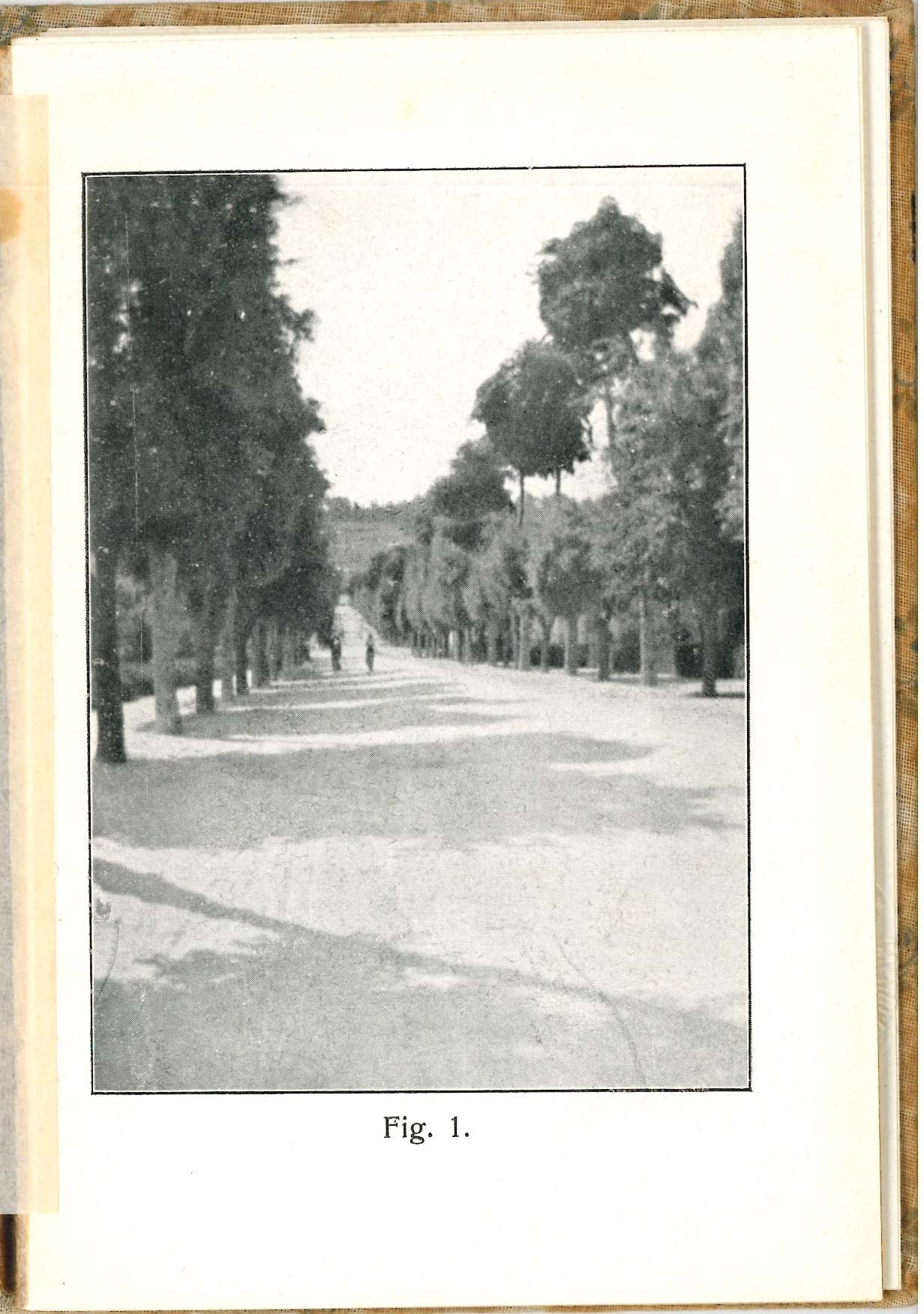 The story is full of details, both as regards the landscape, with precise references to views, perspectives and flora – the many olive groves that lined the path are impressive – and architectural notes, such as the frequent descriptions of the villas encountered or spotted along the way: from the one belonging to engineer Ambrosini, “very elegant with its open galleries with fretwork parapets in white marble” to professor Santoro‘s, later transformed into the present Hotel Gattapone, splendid for “its grandiose loggias and position“.

Landscapes of wild beauty unravel before reaching the drinking fountain near the Fortilizio dei Mulini: ‘it seems to be in an enchanted forest. The sun penetrates the foliage and the placid gaze rests on that green of leaves, grasses and lichens‘. Another Spoleto can also be seen in the last photo, once the destination of Piazza Campello has been reached, whose ‘right side is almost entirely occupied by the elegant gate that separates the square from Count Luparini’s vineyard‘, a space that then marked the beginning of today’s Giro del Ponte. Now, as then, the view from there towards the cathedral and the Umbrian valley is admirable: “where towns and villages, churches and fortresses, sumptuous villas and rustic farmhouses, now lie at the foot of the mountains, and now stretch softly across the green plain, lapped by streams, rivers and white roads“.