They are probably among the earliest known existing photographic testimonies of Spoleto: a series of 16 fascinating snapshots that immortalise our city at the end of the 19th century, showing the main monuments and views in their ‘splendour of the real‘. A true archaeology of the image, understood as the faithful, objective reproduction of reality.

The photos are collected in a precious heirloom, a donation by Giorgio Lucarini now kept in the Carducci library. It is a small album, entitled ‘Ricordo di Spoleto‘, undated but by the air of being from the last two decades of the 19th century, signed by Raffaele Canè, one of the first professionals of photography, an art that was beginning to be widespread by those years. 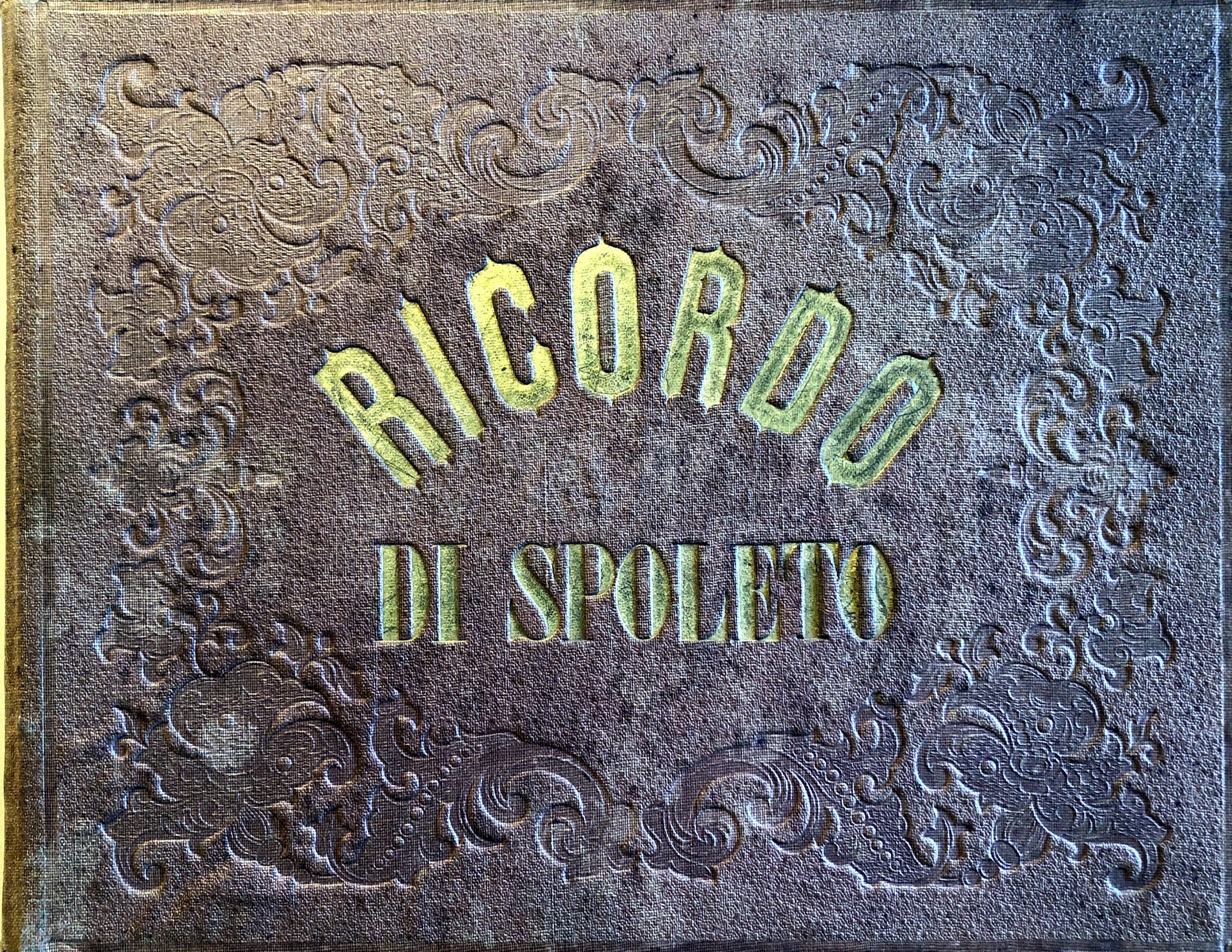 Born into a family of photographers, two brothers of his had had shops in many a city, such as Ravenna, Florence, Arezzo, Rome, Foligno. Raffaele had a studio in Spoleto, in Corso Vittorio Emanuele (now Corso Mazzini), precisely in Vicolo IV, as specified in his visit card. In 1896, under mayor Tito Sinibaldi, the Annuario d’Italia, the General Guide to the Kingdom, listing professionals and representatives of the various associations, includes him and Domenico Bona among the photographers who worked in the Spoleto area.

A quick glance at some of these photos shows us a city still somewhat overlapping with the present one. 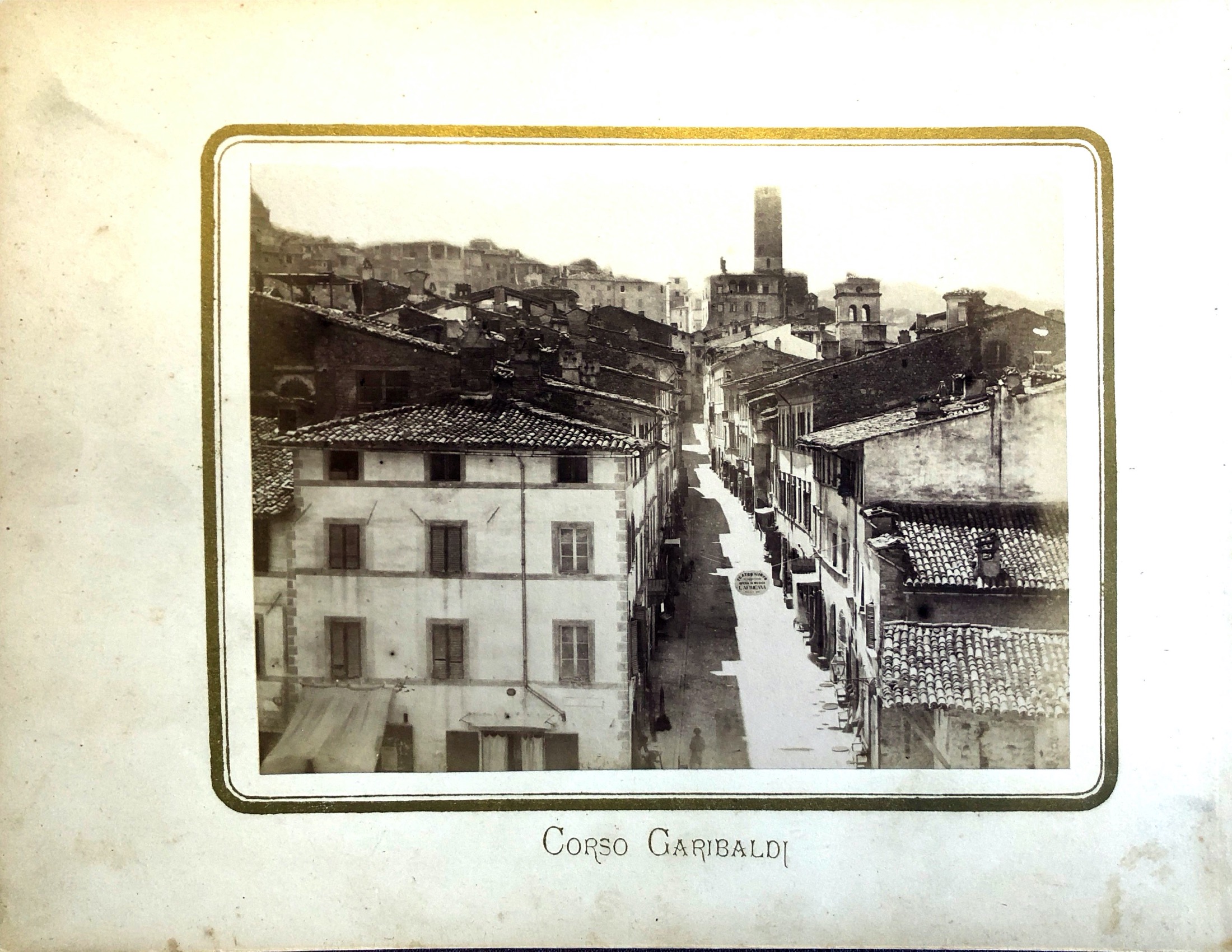 Of course, many details change and the atmospheres inexorably show the passage of time, but the overall impression given by the shots of Corso Garibaldi, Porta Fuga, the Cathedral (but with Piazza Duomo still without a proper staircase), Corso Vittorio Emanuele, Palazzo Ancaiani, the Rocca, the Bridge (defined as the aqueduct), Via della Passeggiata (today’s Viale Matteotti, then without trees), the Amphitheatre, Via del Duomo, Via delle Felici, Via Monterone, and Piazza del Mercato evoke familiar images and impressions. 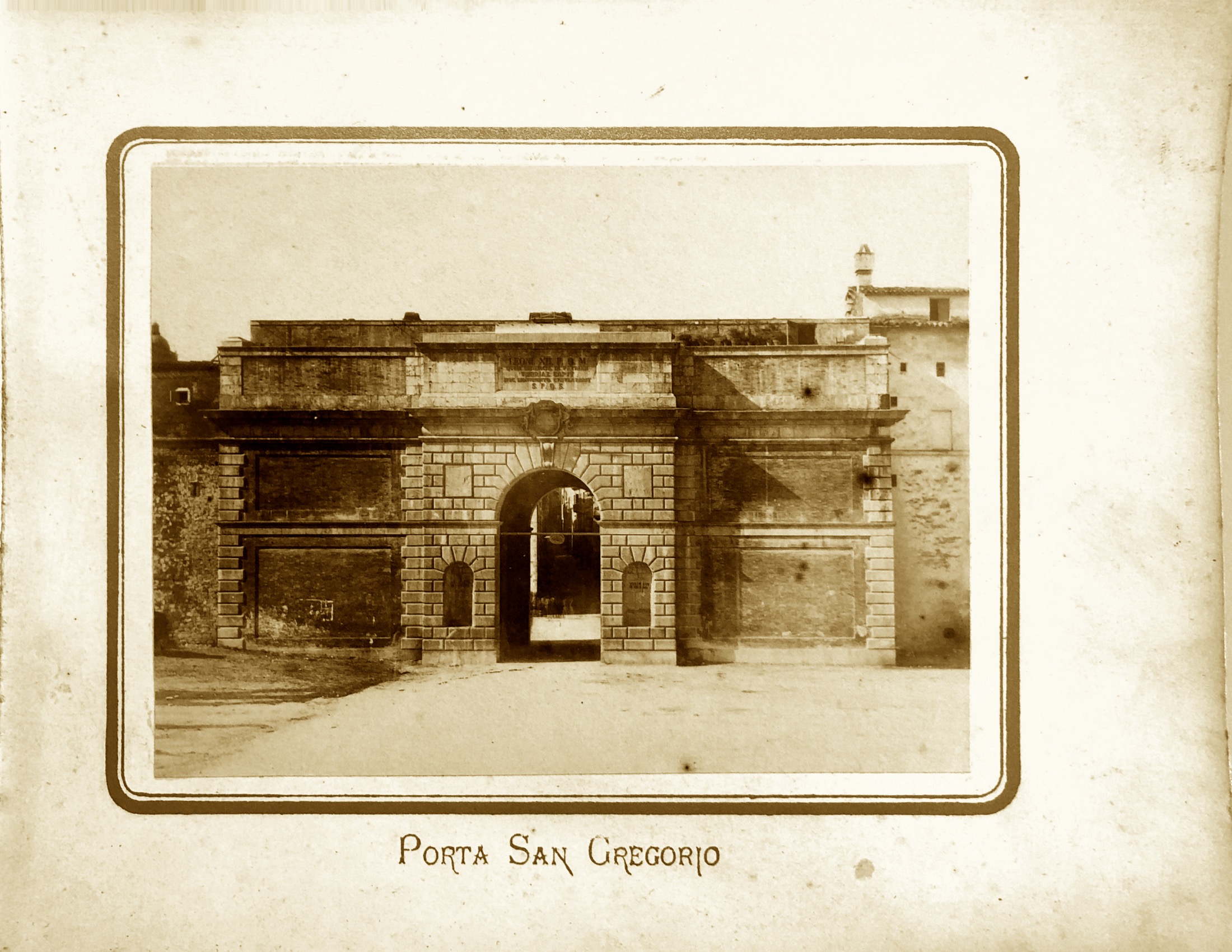 The same cannot be said of other photographs, which instead provoke something between jolting and amazement: the perspective of via Arco di Druso is very different (there is still the bell tower and the small portico of the Sant’Ansano complex, demolished at the end of the 1950s to restore part of a Roman temple, and the floor of the original Roman paving, on which one of the arch pillars rests, had not been unearthed yet); the so-called public gardens are still immersed in a totally rural atmosphere and can only be recognised by the presence of the ‘Casina dell’ippocastano’, while the photo of Porta San Gregorio – the main entrance to the north of the city, connected by a side street of the Flaminia – produces a real temporal short-circuit, showing us something that is profoundly different from today’s Porta Garibaldi. Narrow, with only one archway, the gate, destroyed during the WWII, was known then as Porta leonina because it was built by Pope Leo XII around the 1820s, to replace the turreted medieval gate that can be seen in Turner’s sketches.