Spoleto as described in art and tourist guides from the first half of the XX century, kept at the “G. Carducci” Public Library. Images of strong suggestion remind us of scholars and prominent figures of the art sphere with a strong link with the city, and recall a few episodes of the Spoleto Brigade of Art Friends. There are four publications under examination, all by the national and international character: one dates back to 1909, two date back to the 1920s, the last one dates back to 1944.

The chapter dedicated to Spoleto by the scholar Olga von Gerstfeldt in her “Umbrische Städte” published in 1909 is full of historical news, artistic insights and cultured quotations. The book is distinguished not only by the beautiful illustrations on Spoleto by Adolf Hirémy, a secessionist painter attracted by mythological subjects and by ancient Rome, but also by the presence of a bookplate on the inside front cover and a special dedication. 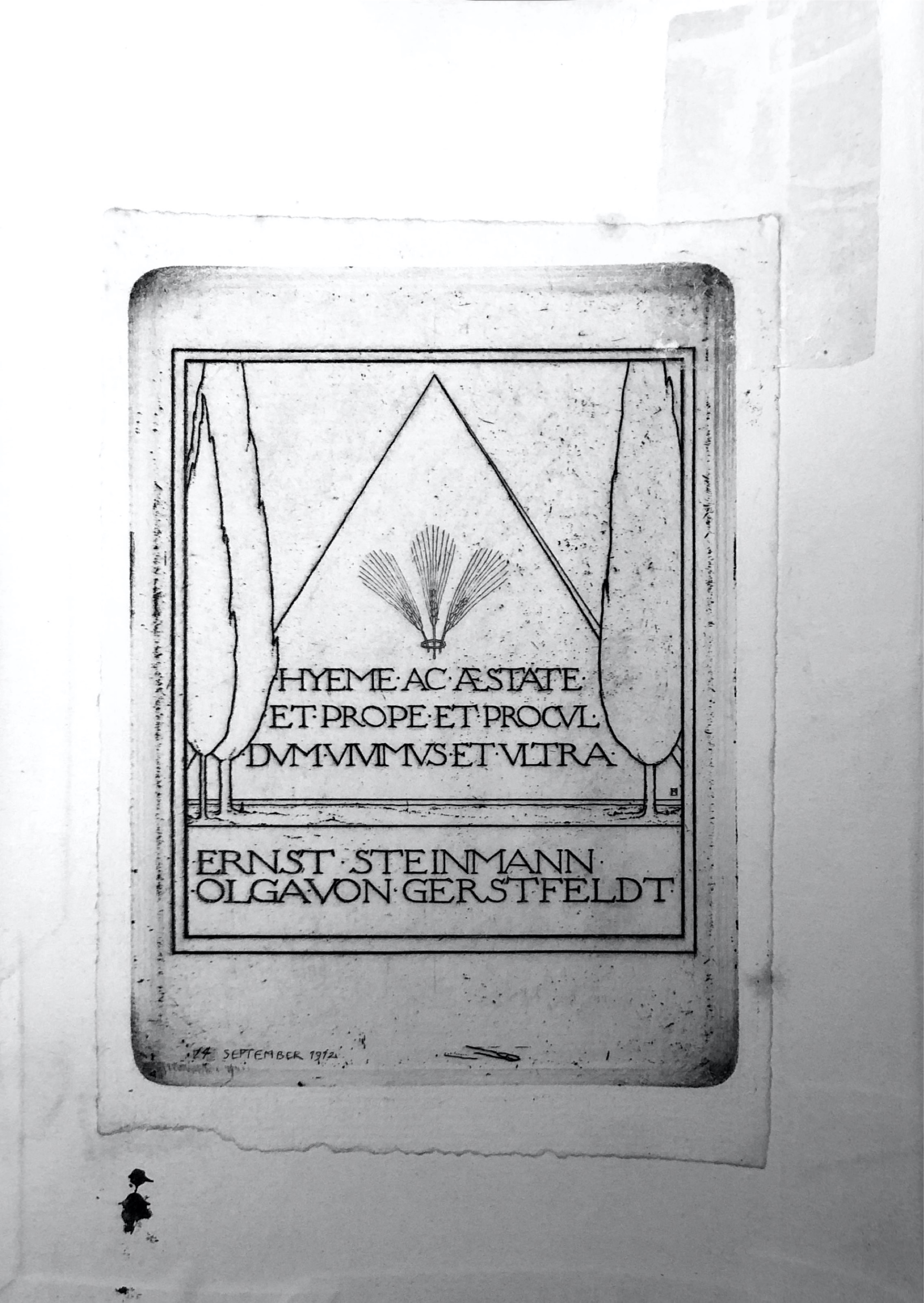 The bookplate was created by German illustrator Marcus Behmer, who had been always gravitating around the Secessionists, refers to the author of the text and to her husband Ernst Steinmann. Steinmann was a famous art critic, expert on Michelangelo and founder and director of the Hertziana Library in Rome. A valuable 1914 dedicationn is addressed by Steinmann to the Spoletan Brigade of Art Friends, in memory of his late wife Olga. The Brigade, founded in 1914 and active until 1944, was then an influential and prestigious association of art lovers. One of the first actions to protect the association’s heritage was to raise funds to bring to light the crypt of San Marco in pomeriis, at the end of Via delle Felici. Steinmann, among the worthy members, contributed with a donation.

“Spoleto” by Carlo Bandini dates to 1924 instead; it is part of a series of publications entitled “Italia Artistica” directed by writer and art historian Corrado Ricci. It is a long, articulated and exhaustive examination of art in the city, dealt with by the scholar and man of letters, also one of the members of the Spoletan Brigade, in scrupulous chronological order and supported by a very pleasant poetic prose. Over a hundred photographs accompany the text. We have chosen some of them, including a Piazza Duomo with a less-than-impeccable paving and an unusual perspective of Piazza della Signoria. 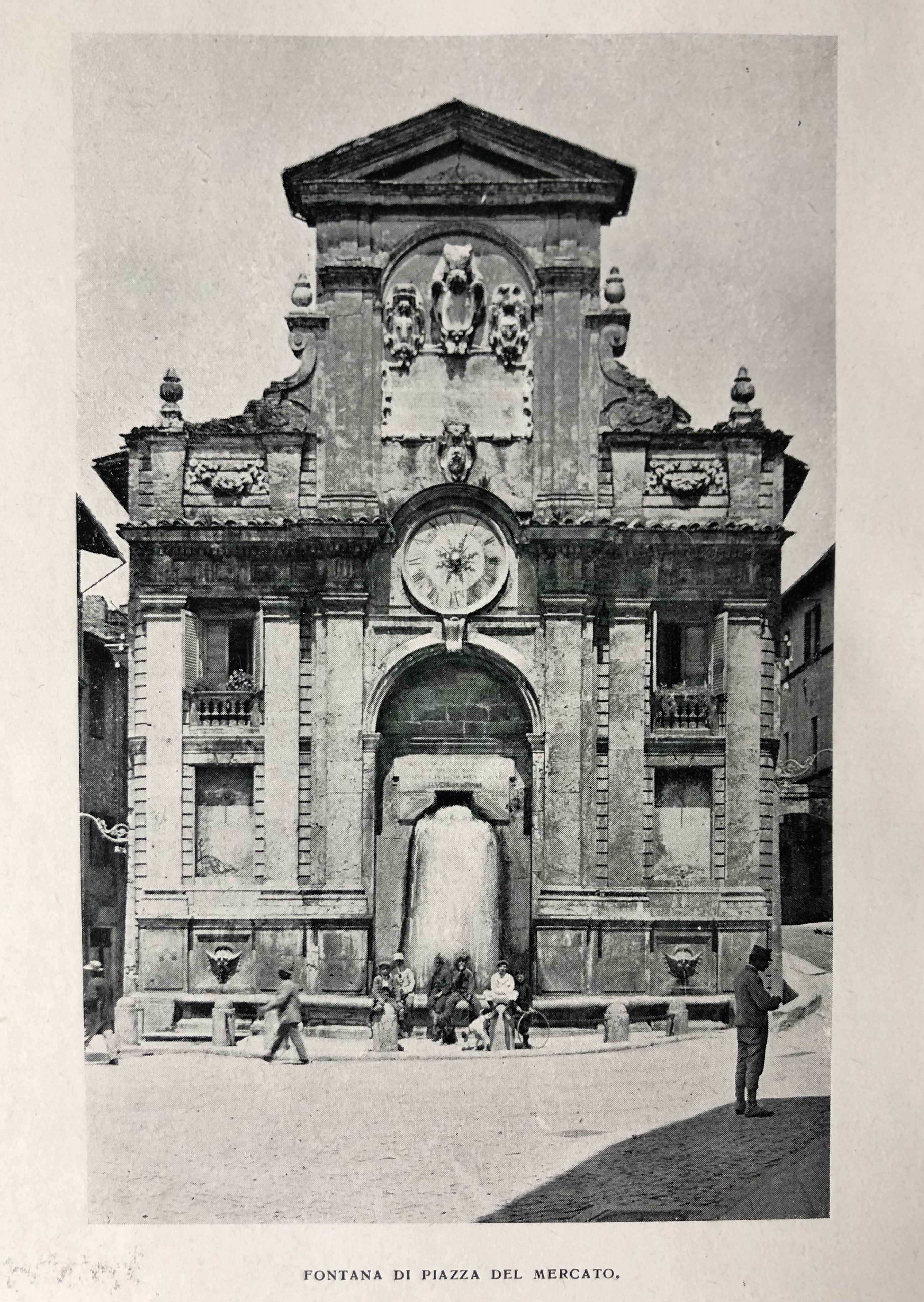 More focused on images is the volume taken from the series “L’Italia Monumentale” published by the Alinari brothers under the patronage of the Italian Touring Club and of the Dante Alighieri Society. It is a small publication dated 1928, in Italian, French and English, with an introduction by art historian and journalist Ottorino Gurrieri, and accompanied by 64 photographs. In addition to the most famous monuments and views of the city, the guide’s photos also give space to the human presence and to daily activities: the carts that pass along Via Cecili or in front of the apse of San Nicolò, the market stalls in Piazza del Mercato, a boy in front of Porta Fuga (here mistakenly captioned Porta Friga). 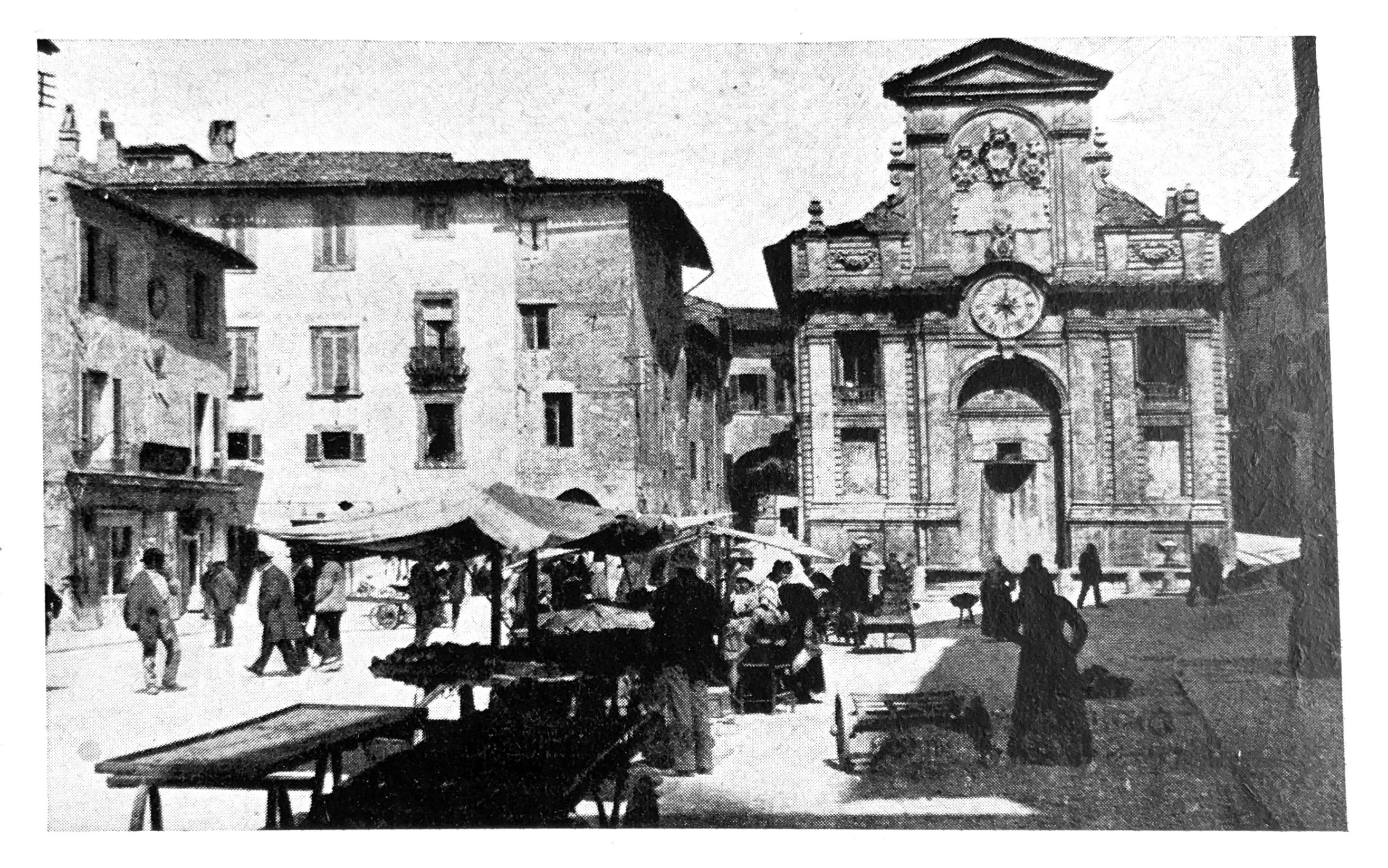 Almost entirely illustrative is the guide published in 1944 by the CTI (Consociazione Turistica Italiana), previously Touring Club Italiano, thus renamed following the fascist Italianizing fury of the period. The book, with its characteristic blue cover, is part of the series “Attraverso l’Italia”. With the exception of short captions and a general introduction of a descriptive nature, the account of the artistic and environmental wonders of the region is left to a fascinating photographic apparatus. The section dedicated to Spoleto includes a photo of the façade of San Salvatore with the two side doors still walled and an image, by Vasari’s studio, of oxen at work on the plain of Spoleto whose atmosphere and slant reminds of the painting of the Macchiaioli. 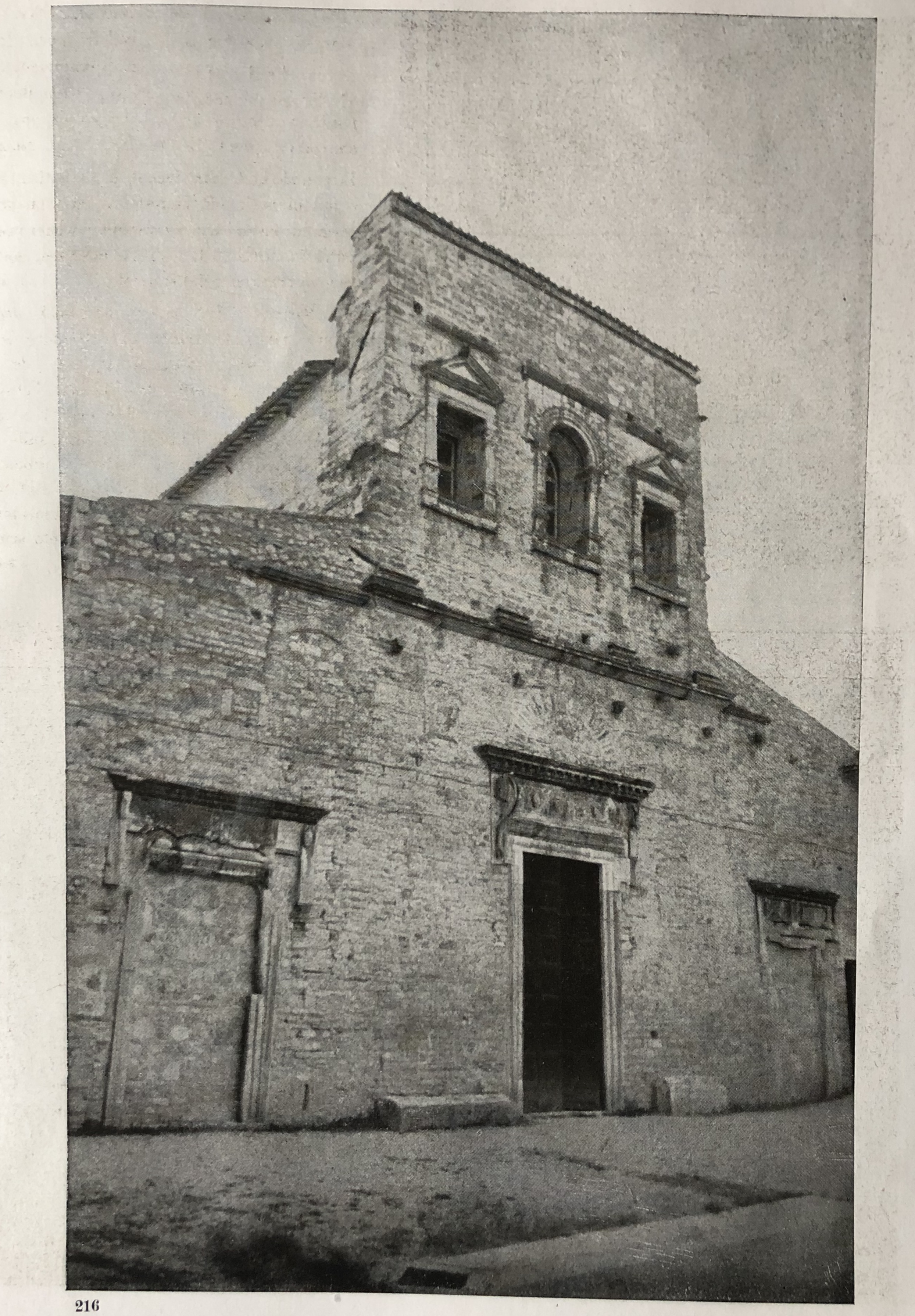