For the column “Accadde a Spoleto” here’s a curious story, a small chronicle taken from an article on Il Messaggero, kept at the Carducci Library and dated March 10, 1911: a story that starts from Spoleto, on the background of that year’s Esposizione Nazionale di Roma, interweaving local facts and characters to universal figures and events.

We will discover a masterpiece of art that somehow managed to tie Giuseppe Sordini, one of the most illustrious scholars of the city, to a former Archbishop of Spoleto who became Pope with the name of Urban VIII; the work of art is a bronze bust by the Baroque genius Gian Lorenzo Bernini that used to be at the Cathedral where it was almost forgotten, was then moved to the Diocesan Museum and is still little known.

“Urban VIII on his way to Rome”: this curious title of an article in the local edition of the Messaggero, kept at the Carducci Library and dated March 10, 1911, hides an interesting story with many important implications, a small story that ends up having a universal impact and that makes you understand the strong link of our city with two giants of the 17th century: a former Archbishop of Spoleto who became, for outstanding patronage and prodigality in the arts, one of the most illustrious Popes in history, and an artist considered the greatest figurative genius of the Baroque. A story that also features a distinguished scholar of the city’s monuments and above all one of the most unknown and neglected works of art of our artistic heritage.

On 9 February 1911 a bust of Pope Urban VIII left Spoleto. The work will enrich one of the retrospectives held that year at Castel Sant’Angelo as part of the National Exhibition in Rome, on the occasion of the fiftieth anniversary of the Unification of Italy. The work sent is a plaster cast – it is said to have been made by the Spoleto scholar and archaeologist Giuseppe Sordini – of the bronze bust of Gian Lorenzo Bernini, placed inside a niche in the counter-façade of the Cathedral of Spoleto.

Before becoming Pope under the name of Urban VIII, Maffeo Barberini was Archbishop of Spoleto from 1608 to 1611. Among his numerous, ambitious projects he also planned to rebuild the interior of the Cathedral of Santa Maria Assunta, a task that would be only completed in 1644 by his nephew Francesco Barberini. For years, numerous scholars of local artistic history have claimed that the 17th century reconstruction of the interior of the Cathedral was the work of Gian Lorenzo Bernini, the artist preferred by Urban VIII for his grandiose project of embellishing churches and palaces during the years of his sumptuous pontificate. In reality, as the scholar Valentino Martinelli recalls – in an article published in Issue III of the first year of publication (1954) of the magazine “Spoletium” – we know that the work of reconstruction of the interior of the cathedral was instead due to the Tuscan Luigi Arrigucci, the Pope’s chamber architect.

There are no doubts about the paternity of the bronze bust portraying the Pope, an undisputed work by Bernini, or at least considered such only in relatively recent times, after research carried out at the turn of the 19th and 20th centuries. We know this with certainty thanks to a document of the Depository of Urban VIII kept at the State Archives of Rome in which we read of the payment to Bernini of two hundred coins for the realization “of a metal bust with the effigy of N. S.re” to be sent to the “Chiesa Catherale di Spoleti”. 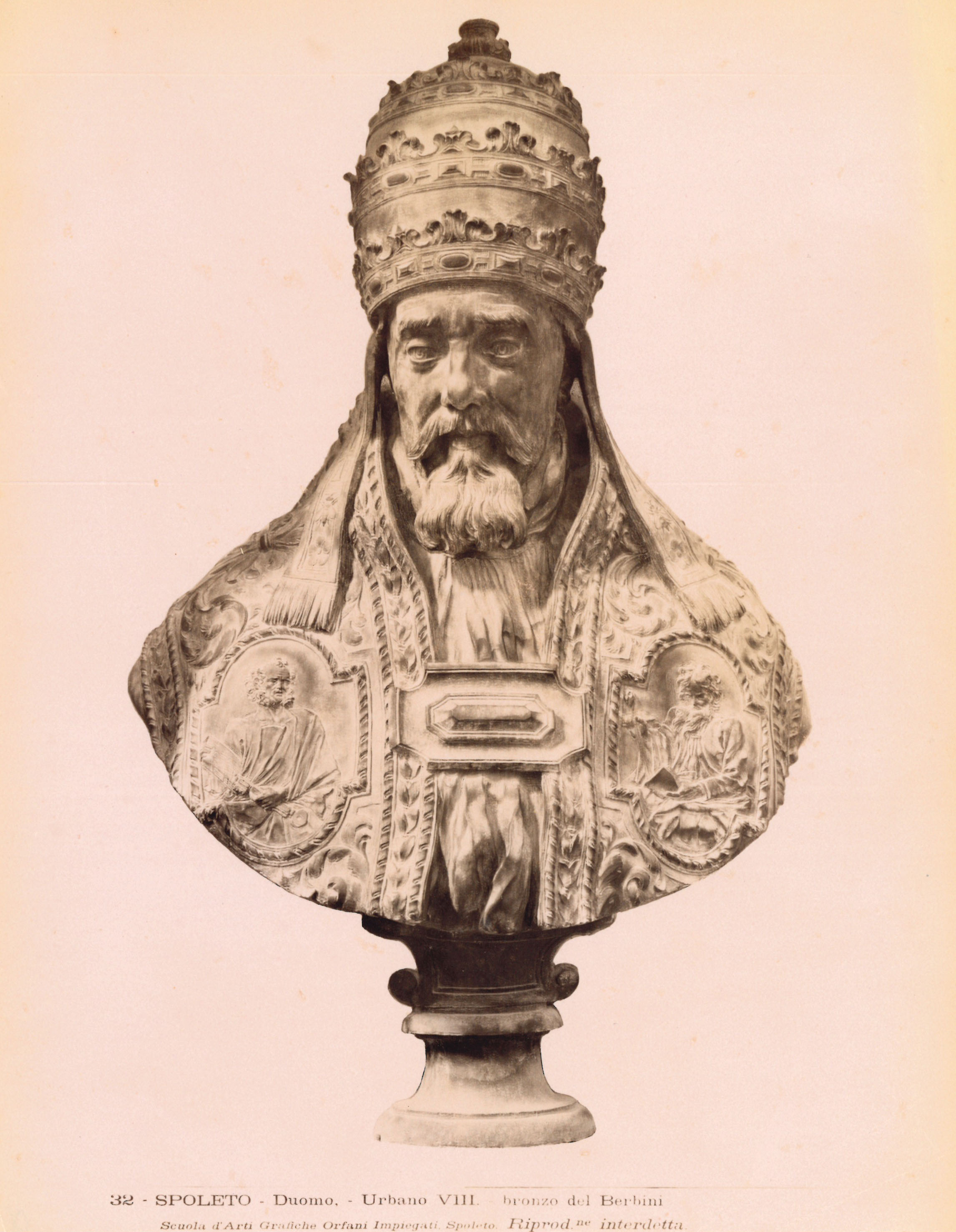 Among the numerous portraits that Bernini dedicated to him, the one in Spoleto, reports Martinelli, stands out for its humanity: “Certainly Bernini tried and obtained in this work to merge two apparently contrasting things in a happy balance: the needs of a bust of a pontiff, which has its own destination and official function, with the desire to send a “real” portrait to the Spoleto family, which would remind them in the features as in the expression the real aspect of Maffeo Barberini, their ancient bishop”.

We now return to Sordini. Aware of the unfortunate position with respect to the observation point – it was placed several meters above the central portal and was also affected by the backlighting effect of the rose window – the scholar from Spoleto tried in every way – explains Il Messaggero – to make the work known so that its details and nuances could be appreciated. For this reason he also promised to photograph it, with poor results. The realization of a plaster cast, made, the article specifies, “by Dr. Cimbelli of the Società di cemento e terre cotte”, represented the occasion, first of all for Sordini but also for the vast public of the Rome Exposition, to study the work closely, examining it in all its details, capturing all its beauty.

Since the early 2000s, the original Bernini is now admirable, at close range, in all its splendour, at the Diocesan Museum of Spoleto. The presence of Bernini’s masterpiece in the rooms of the Museum has fulfilled Sordini’s dream and the wishes of many scholars who for years have hoped to be able to best contemplate this work, which still struggles to enter the collective imagination as one of the artistic treasures of the city and which deserves the highest consideration.