There are great expectations in the city and a lot of curiosity around the Virtus Spoleto football team that in 1947-48 participates, for the fourth time, in the Serie C championship. In the previous season, Virtus achieved a result that was as prestigious as it was frustrating: it came second and had to give up, by only two points, its chance – which only the first classified in each group have – to get into the final tournament which is the gateway to the higher Serie B.

Some shots of the Virtus Spoleto line-up and some game action from the 1947-1948 season are preserved in a photo album in the Carducci city library. 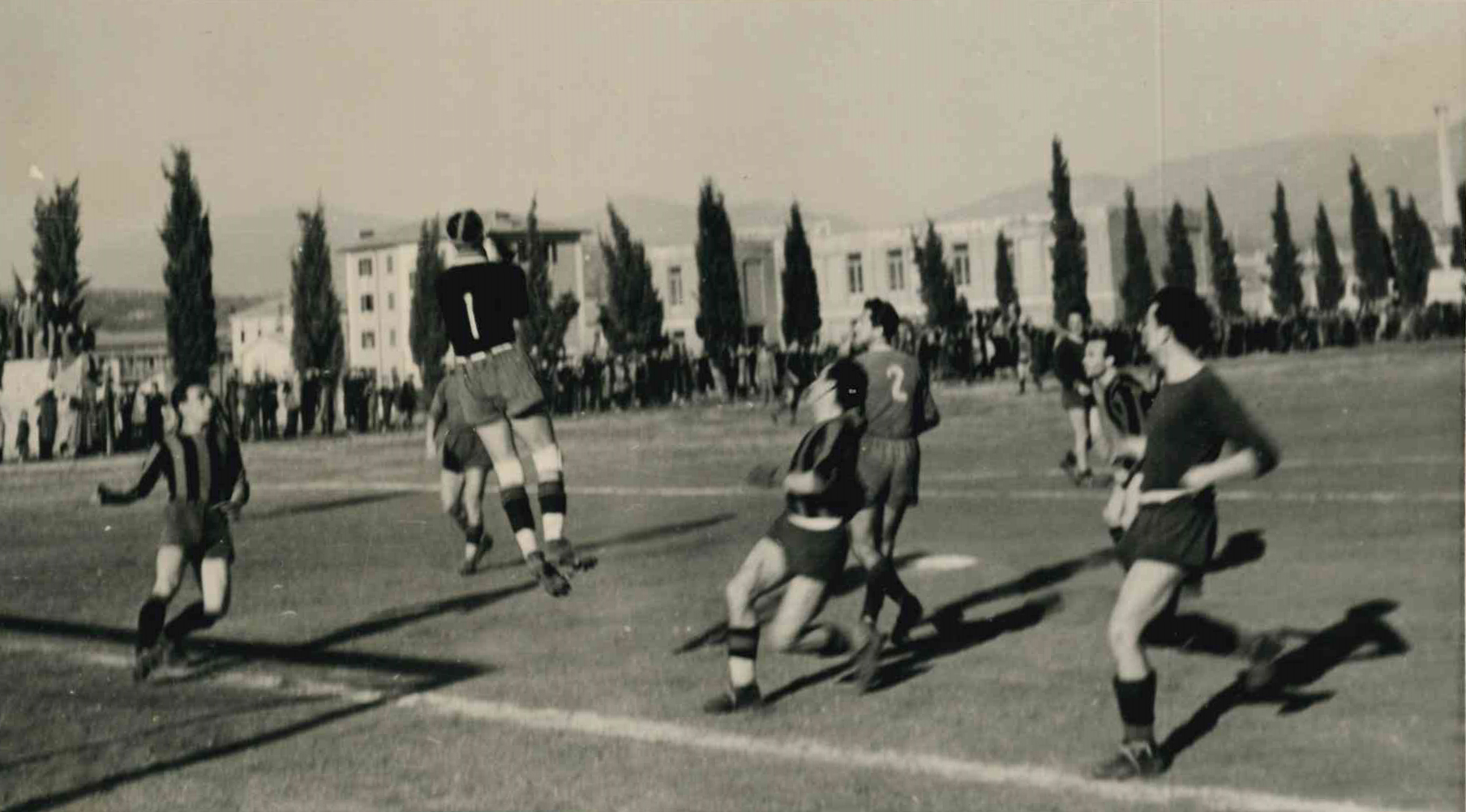 The team, coached by former goalkeeper Giovanni Garbo, can count players such as left-back Alvaro Bravetti among its ranks, who will be judged one of the best players in his role, in a referendum held by Corriere dello Sport; right-back Gino Pettinari; winger Antonio Santarelli; centre-half Mario Tonali, a player of vast experience and striker Gustavo Scagliarini, best scorer of the round with 23 goals in the previous season.

For about two years now Virtus Spoleto, whose head office is in the cycling bar in Corso Garibaldi, has been playing on a new football field, the Cerquiglia field. It is a large area, adjacent to the barracks, which the Command of the Military School has granted to the club. The playing area was inaugurated – as reported by the local weekly ‘Il Fuoco’ – on 14 October 1945 in the presence of the authorities and a large crowd. In the photos of the ceremony you can recognise Monsignor Marco Gradassi, the archbishop’s delegate who blessed the facilities and Maria Luisa Pila, patroness of the field, wife of Virtus President Count Franco Pila. The countess had the honour of breaking “the traditional bottle of sparkling wine on the north-eastern goalpost, amidst the applause of the assembled people“. The football team continued to use the Cerquiglia grounds until 1955, when the new City Stadium was built on the same plot of land as the former Fioranelli gardens on which the old sports ground had been constructed at the beginning of the 1930s, and is still in use today. 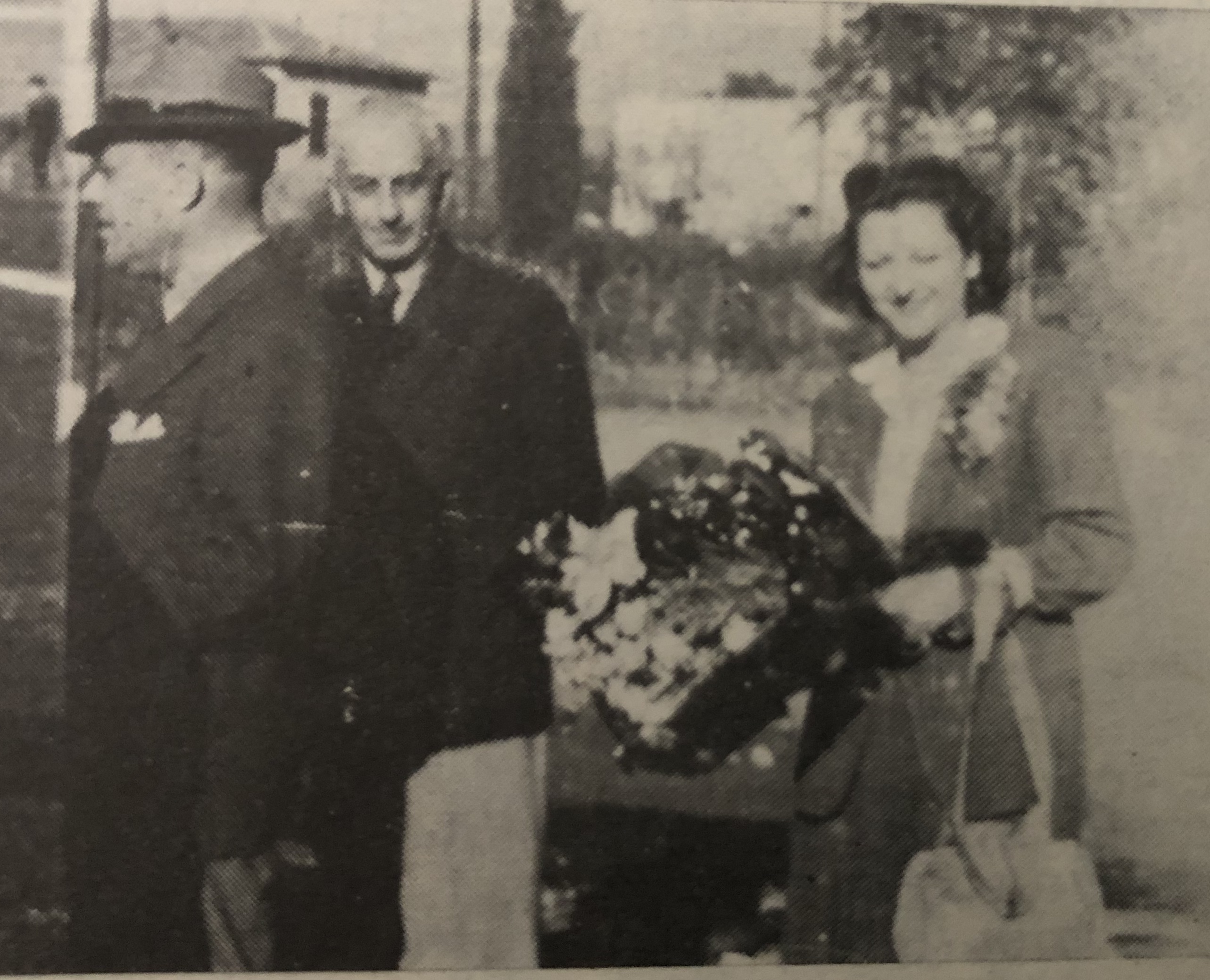 All this information, together with other photographic material, can be found in what is a veritable ‘bible’ of Spoleto football: ‘Spoleto. 70 years of football’, published in 1977 by Panetto & Petrelli. The volume, although now obsolete, is an inexhaustible mine of news and data and is the splendid testimony and one of the precious legacies of the work and painstaking passion of one of the most attentive chroniclers of the recent history of our city, Antonio Busetti.

But let’s go back to the Virtus Spoleto team and to the 1947-48 championship, a championship that was anomalous and particular: from the following season in fact, the Third Division, managed for the first time by the Football League, would be completely reformed. In order to drastically reduce the number of teams, starting from the 1947-48 season, only the first two teams in each group would remain. All other teams would be confined to the lower divisions.

Virtus Spoleto, only three points behind Sanbenedettese and four behind Macerata, would be mockingly third.

Not considering the promotion to the Lower Third Division obtained in 2005-2006, which had to be given up due to financial problems, 1947-48 was the last participation of a football team from Spoleto in the Third Division.

Exhibition at Palazzo Collicola 18 December 2021 – 13 February 2022 Presentation Saturday 18 December at 12,00 am Throughout his life, American architect and designer Richard Buckminster Fuller (1895-1983) has always been imagining the future,...
View Calendar