The Casina dell’Ippocastano is a building designed by Walther Fol, a Swiss engineer who lived and worked in Spoleto at the end of the 19th century. Built in those years as a point of reference and meeting place in the public gardens area, over time it would become one of the city’s most popular meeting and entertainment venues, especially from the 1940s to the 1960s.

Until the 1930s, it still appeared isolated in the middle of the greenery, this is clear in the photos taken at the end of the 19th century by Raffale Canè that we have published in this column. In 1936, right in front of the house, a circular platform was built, a round one that functioned as a dance floor but also as a stage for shows and entertainment. It is from that moment that the Casina dell’Ippocastano, a small structure by the singular alpine style, is turned into something else, a collective enclave of fun, a place of the soul that gradually enters the collective imagination of the people of Spoleto as a place of meeting and friendship, a promise of lightheartedness and fun.

The ‘dolce vita’ at the Casina dell’Ippocastano is well illustrated by the series of photos kept at the City Library, that we propose in this new episode of the column ‘Long Ago In Spoleto’: they are snapshots taken in the summer of 1948 that well demonstrate how the Casina dell’Ippocastano is a formidable attractive element, a precious occasion to be together, to listen to live music, to dance, to attend fashion shows, to participate in evenings and variety shows. 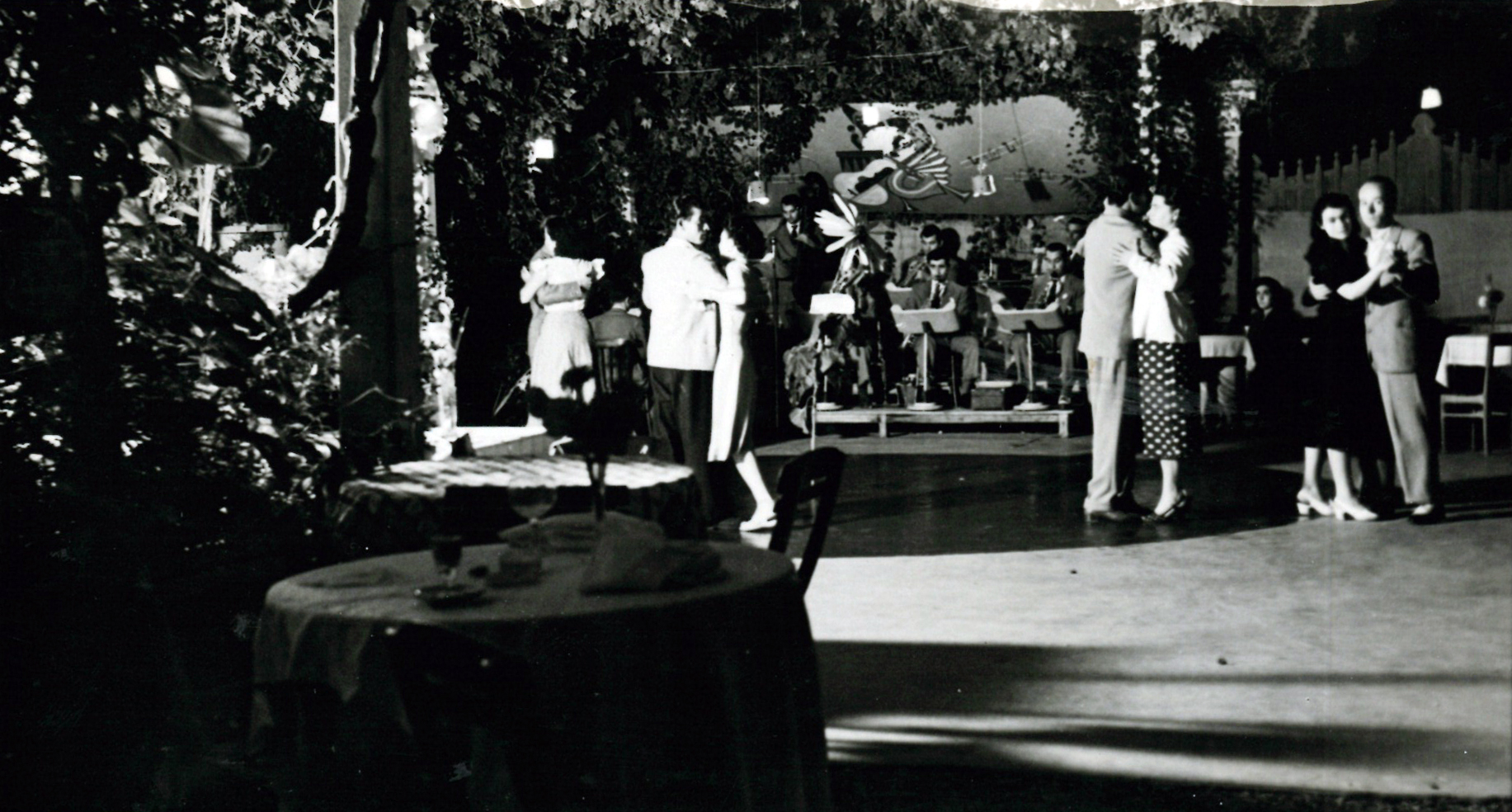 They also more significantly demonstrate the vitalism and yearning for the lightness of a community that has just come out of the war. For many people from Spoleto, from different generations, the Casina dell’Ippocastano is still today synonymous with sweet memories of youth.

After a period of decline and inactivity, the Casina dell’Ippocastano has returned to function in recent years and is now a multifunctional structure for incoming and slow tourism.

As for the engineer Walther Fol, the City Library houses a small volume which is an essay on the French painter Jean-Louis Hamon. Together with Fol’s writing, thanks to the Sordini donation, we also have an original drawing by Hamon.