November 12 and 13: International convention for the celebration of the centenary of the birth of Giovanni Carandente

In the frame of the activities dedicated to Giovanni Carandente, the National Committee named after him, established by ministerial decree in December 2019, has organised a series of actions aimed at shedding light on a fundamental figure of Italian cultural history, hardly traceable to specific classifications.

Carandente was in fact a Superintendence inspector and official, university professor, art critic and curator of memorable, unique exhibitions of ancient and contemporary art, director of the Venice Biennale, an all-round scholar and effective communicator of art, as well as the first director and founder of the Modern Art Gallery at Palazzo Collicola in Spoleto, that was named after him after his death in 2009.

Spoleto was a second home to him and gave him honorary citizenship in 2001; it was here that he conceived exhibitions that went down in history like Sculptures in the City in 1962 and many other important ones included in the Festival of Two Worlds.

Various activities are dedicated to his multifaceted figure for the centenary of his birth, which was virtually inaugurated with the publication, supported by Amici di Spoleto, of the first comprehensive collection of his writings, entitled Giovanni Carandente and Modern Scultpure. Essays 1957 – 2008, edited by Antonella Pesola, Magonza Editore.

The specific activities of the National Committee include a thematic exhibition entitled Giovanni Carandente. Archives and Documents (curated by the Committee and by Lorenzo Fiorucci and Antonella Pesola) with unpublished documents from his private archive, photographs, a selection of works dedicated to him by great artists and coming from his donation kept at Palazzo Collicola, the creation of video documentaries with images and archive footage. 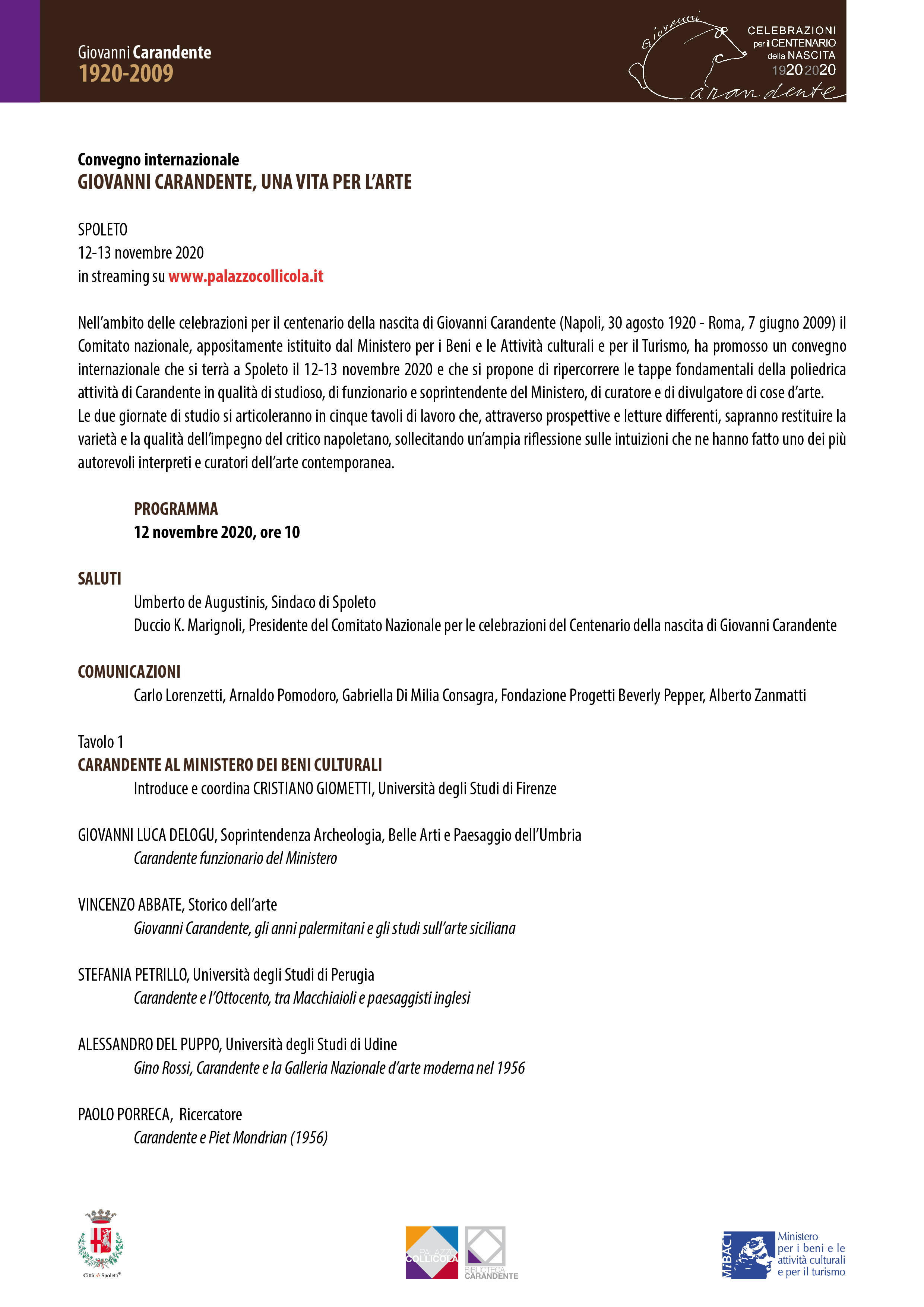 A commission of experts identified by the members of the Committee (Maria Vittoria Marini Clarelli, Daniela Fonti, Luigi Ficacci), following a public call for proposals, selected a research project (Giovanni Carandente. The Art of communicating Art) addressed to young scholars for the publication of an essay in 2021 that will investigate some of the most important and original aspects of Carandente’s activity as curator and organizer of great exhibitions.