On the occasion of the International Games Week, that involves libraries worldwide, on 12, 13 and 14 November, 2020, the “G. Carducci” city library proposes a small journey between fantasy, game books and comics.

So today we won’t discuss the Duchy of Spoleto; today we’ll discuss how the Langobards used to play.

In case you did not know, the word “palla” (Italian for “ball”) derives from the Lombard word bàla. Not just barbaric warriors who founded the Kingdom of Italy, but also soccer players who invented the word “ball” to term a bouncing sphere.

However, hunting certainly prevailed among the leisure activities of this people. The fundamental role of hunting is also attested in the Edict of Rotharis where it is mentioned forty-two times. The Langobards practiced it not only to get food but also as a way to exorcise war and as such was taught to males from an early age.

Quieter games were certainly practiced such as board games. The Tavoliere, in its many variations, was known among the Germanic populations and therefore also by the Langobards. Paul the Deacon reminds us of the tragic board game of Rodulf, king of the Herules, while his men were defeated by the Langobards led by Tato (Tatone) in the territories of the Feld, south of the Danube, in 508.

“Both sides collide in the open field. Rodulf lines up his army for the battle, but having no doubt about the victory, he stays in the camp to play on the board.” [Paul the Deacon, Historia Langobardorum, I-20].

The Necropolis of Santo Stefano in Pertica and that of Gallo in Cividale del Friuli have returned, in addition to very precious trousseaus, also bone artefacts for playing.

In the first necropolis, the rich male tomb no. 24 returned dice (three specimens in bone, with five smooth faces and one with measured angles), checkers (group of 28 deer horn checkers) and game plates (group of bone plates in quadrangular shape, with S-shaped sides, with a dice eye within two concentric incisions in each quadrant).

In the second one, in the male tomb A, together with the set of weapons, there were also bone game pieces.

For those who are curious and want to learn more about the subject, you can consult “The game in society and culture of the early Middle Ages. LXV Study Week by the Early Middle Ages Study Centre” (Spoleto, 20-26 April 2017), Spoleto 2018, pp. 153-189.

Let’s close by reminding you the game “Mettiti in gioco con i Longobardi” realized in 2014 by the Associazione Italia Langobardorum, thanks to the contribution of MiBACT L77/2006, in collaboration with Vannini Editrice.

A journey to discover the history, traditions and monuments, not only of the seven acknowledged UNESCO World Heritage Sites, that the Langobards have left in the Italian peninsula.

Ermelinda and Folco are the protagonists of the journey that will accompany you in this adventure; at the wheel of a nice beetle, cousin Helga, passionate about history, will reveal the 7 stages of the journey through games and puzzles. You will discover the most important and best preserved Langobard monuments in Italy: the Temple in Cividale del Friuli, the monastic complex of San Salvatore – Santa Giulia, seat of the City Museum, with the archaeological area of the Capitolium in Brescia, the castrum of Castelseprio and Torba with the church of Santa Maria foris portas, the Tempietto in Campello sul Clitunno, the Basilica of San Salvatore in Spoleto, the Church of Santa Sofia in Benevento with the cloister that houses the Sannio Museum and, finally, the Gargano Sanctuary of San Michele in Monte Sant’Angelo. Other stops not to be missed are Monza, Pavia, Ascoli Piceno and Ferentillo.

And where can you find the game? At the “G. Carducci” City Library, of course. 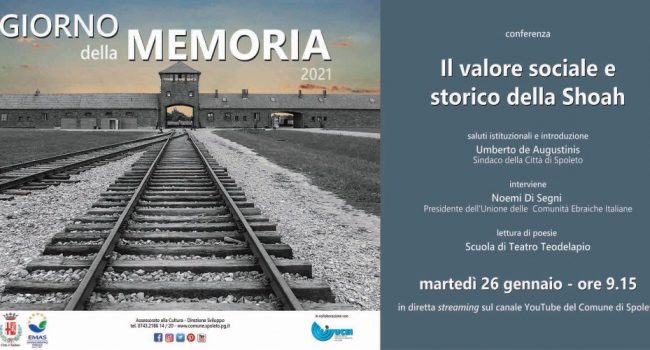