On 15 December 1926, the Spoleto Professional School of Arts and Crafts was founded.

The news was warmly welcomed in the city because it filled a gap and was seen as a valuable opportunity to train a new class of artists and craftsmen; an institute that, going beyond the almost exclusively didactic imprint that the evening drawing schools and the various cultural lessons entrusted to the Spoleto Academy had until then ensured, was capable of providing technical and operational knowledge in various disciplines.

In December 1926, various newspapers of the time wrote about it, such as “Il Messaggero” – which writes that the school could ‘considerably improve the industrial and commercial position of our city’ – and “L’alta Spoleto”, quick to point out that ‘the school’s aim was highly appreciable and directly concerned the conditions of the citizens and of Spoleto’. 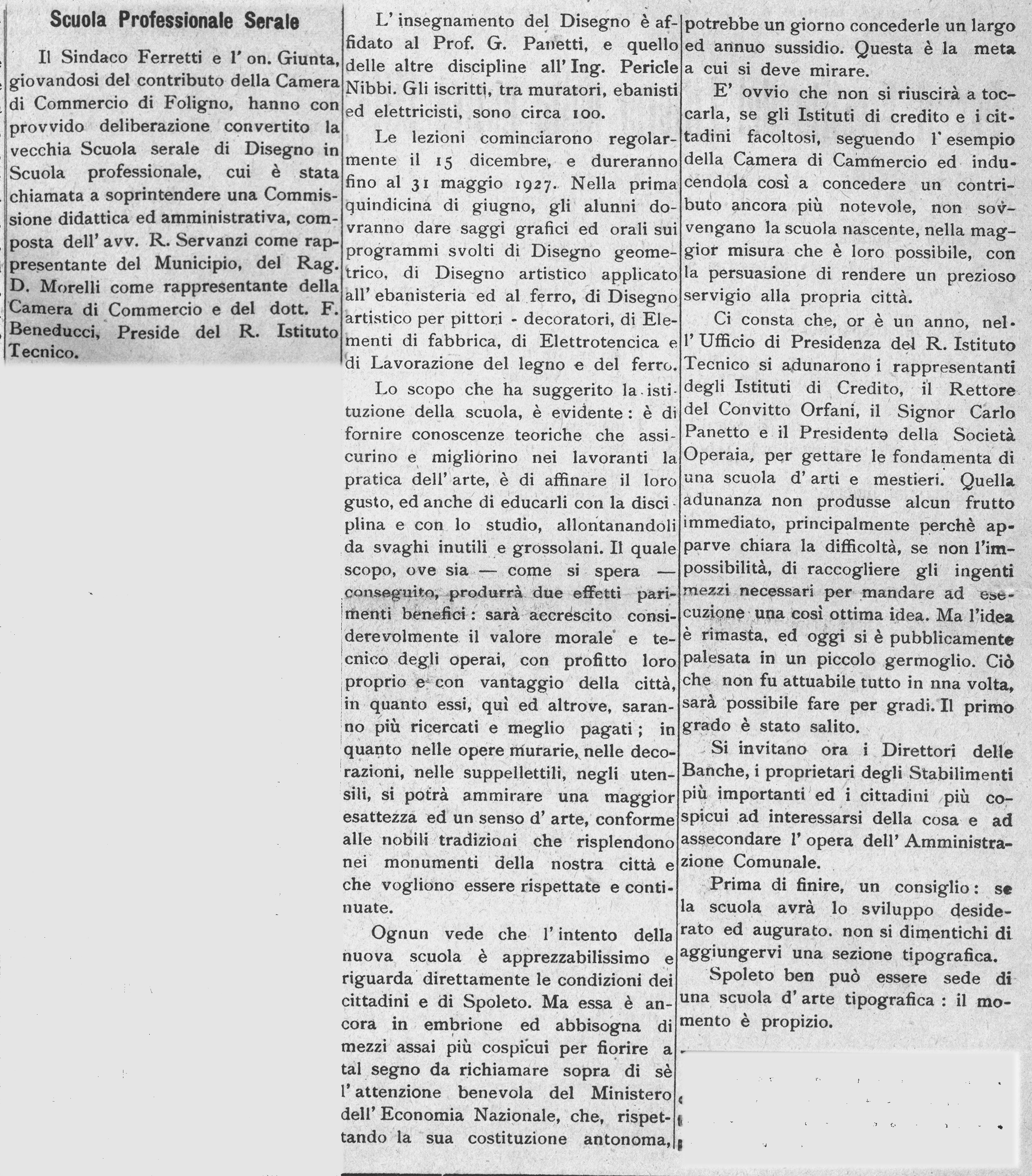 Right from the first year, the special character of the institute, which was designed with an eye to employment opportunities, attracted many people. More than 130 students are enrolled for courses in five subjects: electromechanics, factory elements (i.e. building and construction), blacksmithing-mechanics and metallurgy, cabinetmaking and drawing for painters and decorators.

Here are some photos of the classrooms and spaces of the school, together with various works carried out by the pupils. They are all taken from the Carducci Library archives, refer to the first years of the school, and probably date to the early 1930s. 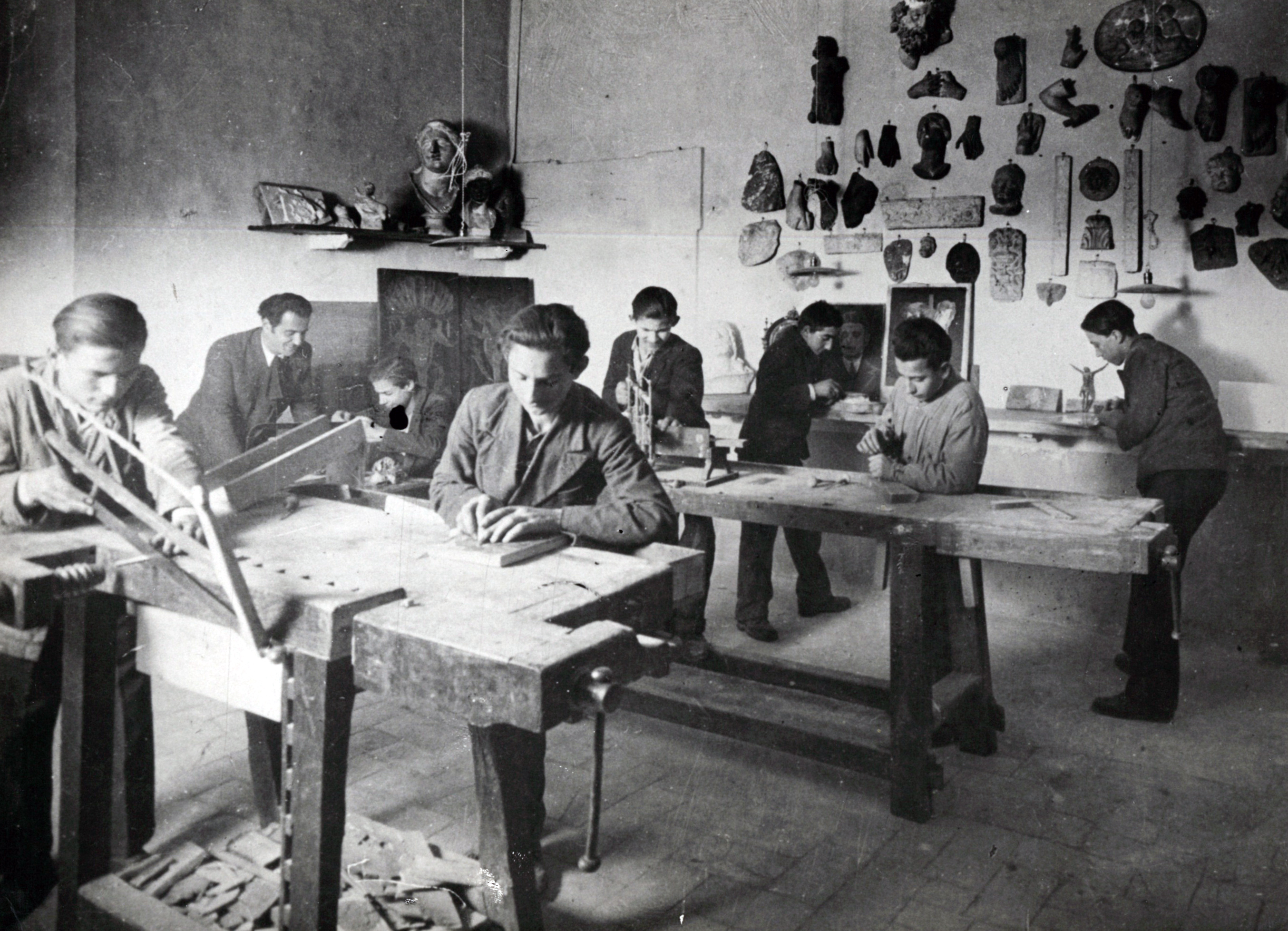 Founded within the ‘Luigi Pianciani’ Mutual Aid Society with a contribution from the Chamber of Commerce and the support of the city administration (led at the time by mayor Ferretti), the school was entrusted to Professor Francesco Beneducci, headmaster of the Spoleto Technical Institute. The first teachers were Pericle Nibbi and Giacomo Panetti. 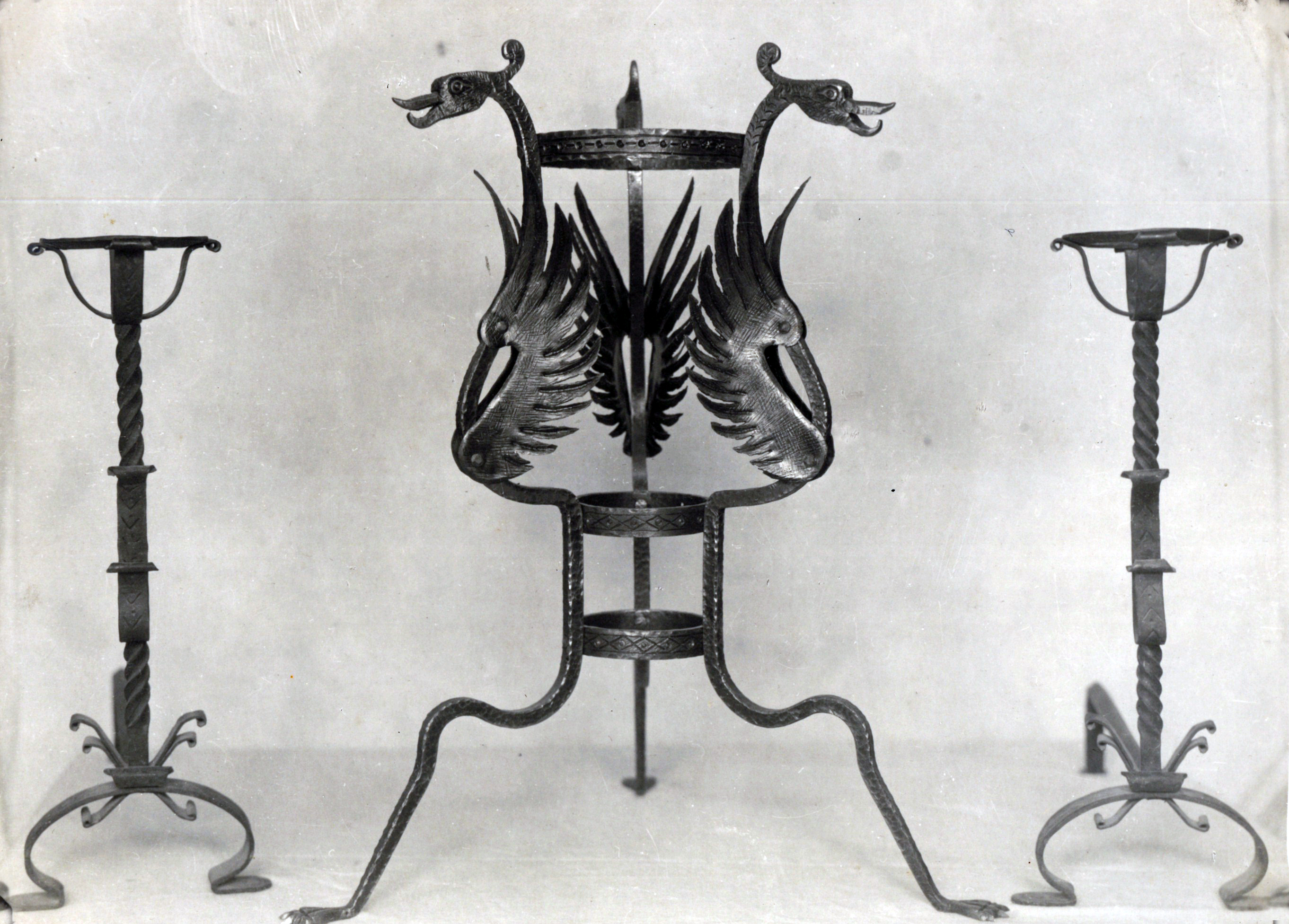 The book “Per una Storia dell’istruzione professionale e artistica di Spoleto” (For a History of Vocational and Artistic Education in Spoleto) – curated by Antonella Mariani and published by the Association “Amici di Spoleto” in 2007 – reminds us that “the first seat of the arts and crafts school was in Palazzo Pianciani, later Palazzo Fioroni in Corso Garibaldi” and that “after WWII, in 1948 the Società Operaia took over the management of the school, which in the meantime had changed its name to Scuola d’Arte applicata all’Industria di Spoleto“. Unfortunately, in the 1950s the first problems began: the school premises were “transferred to the National Institute for the Training and Improvement of Industrial Workers (INAPLI)” and in 1965 “due to the enormous financial difficulties, the dilapidated equipment and the impossibility of teaching, the general assembly of the Società Operaia decided to transfer the school to the National Institute for Education and Training in the Craft Sector (INIASA). The school ceased its activity in 1969.