THE SPOLETO CARNIVAL
In posters from the 19th and 20th centuries, and in photos from the 1930s.

During the last week of Carnival, we sifted through the old folders of public posters kept at the Carducci library and found precious notices, screaming headlines and posters from the years between the 19th and 20th centuries. Then we went to the photo library to find some shots of the past linked to carnival celebrations in the city.

The often sarcastic tones of the public posters are striking, ranging from goliardic fluttering to polemical whining, from complaints about the tight budget that does not allow for attractions or spectacular acts worthy of the occasion, to regrets for times gone by when the city showed a very different vitality and a desire for participation and entertainment that has now faded. 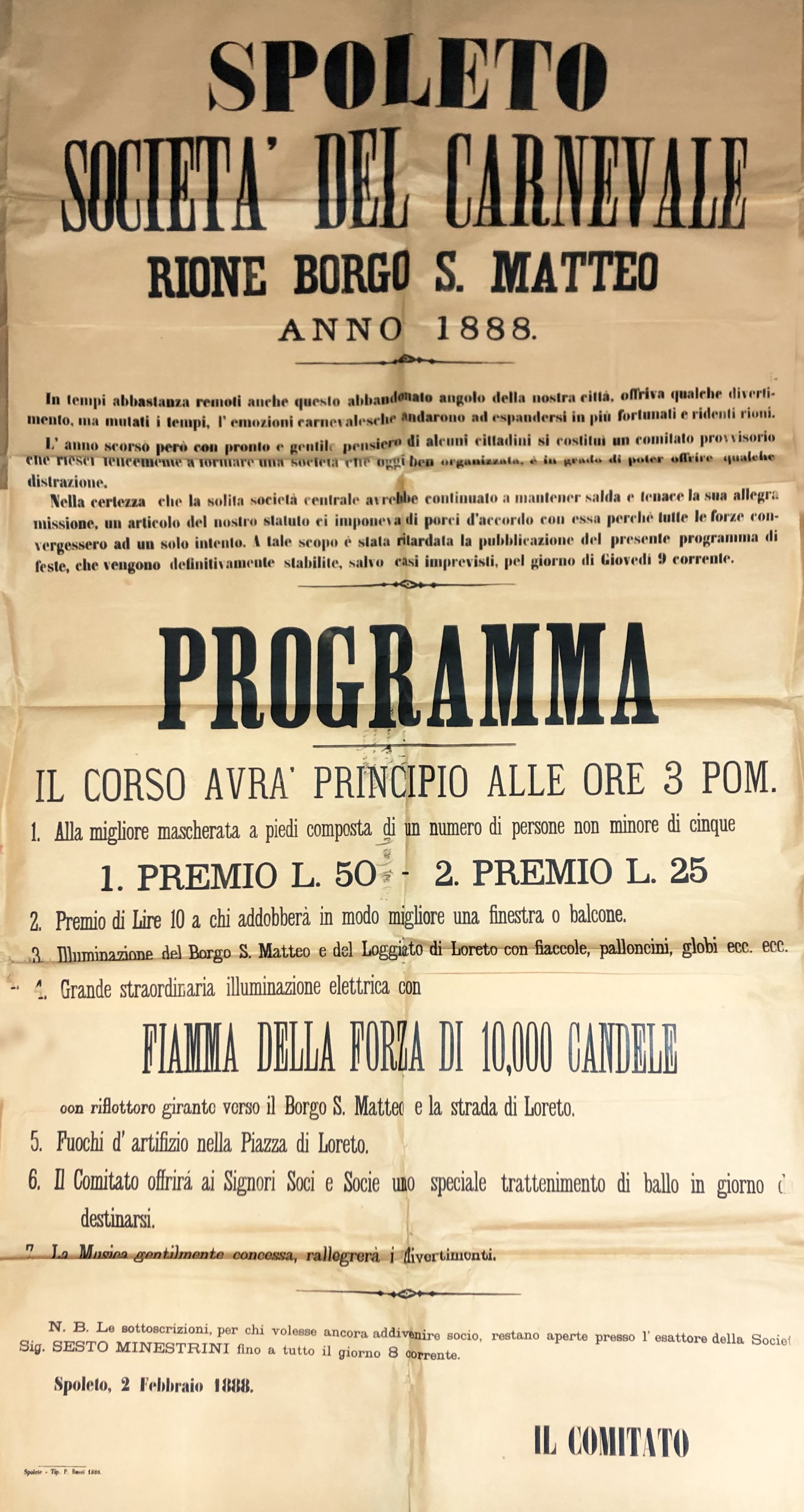 Among the curiosities that stand out are the notice of the 1888 district festival in Borgo San Matteo, which recalls the new wonder of electric lighting with “a flame of the power of 1000 candles” or the “fantastic illumination” of the Torre dell’Olio district in 1889, the colourful poster for the best masquerades in Corso Garibaldi in 1902 or the huge poster for the 1908 Carnival announcing the “first prize of 100 lire in gold, with a rich banner to the best mask on a two-horse decorated float made up of at least eight people“. 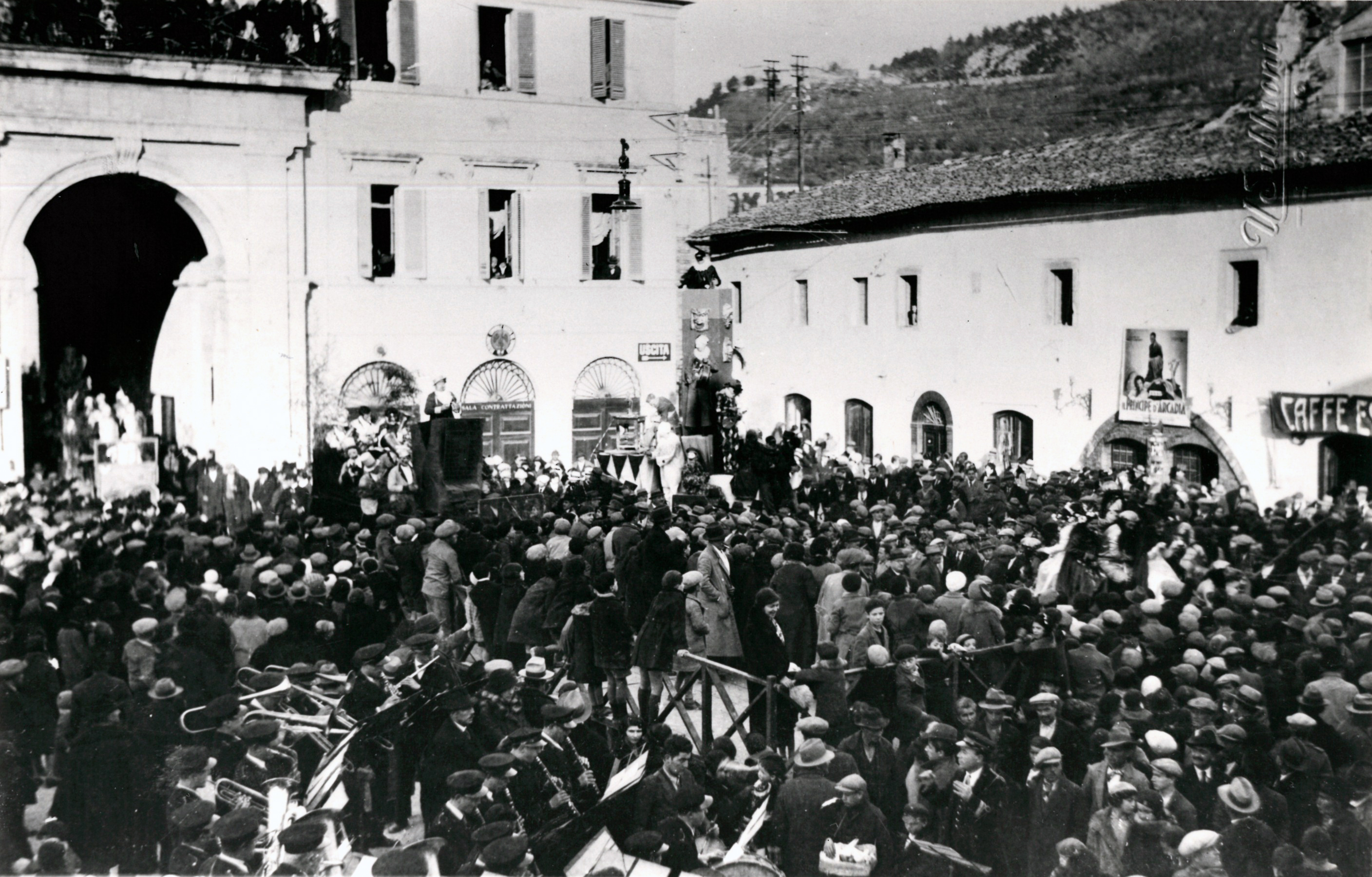 The photos show the Carnival celebrations in Piazza Garibaldi with the parade of allegorical floats. It is clear that we are at the beginning of the 1930s from the type of cars and from the movie poster of a 1932 film that stands near the former Fiamma cinema.

Recognisable from many angles, Piazza Garibaldi has some unfamiliar features, especially in the views showing the old Leonina gate, the one built in the first half of the 19th century by Leone XII Della Genga, bombed and destroyed during the Second World War and then rebuilt in its present form immediately after the war.

N.B. The photos are modern reproductions of the originals produced by the Subbioni studio.