On 21 April, 1906 Spoleto pays tribute to Giosuè Carducci, inaugurating a large travertine plaque dedicated to the poet, one of the undisputed protagonists of Italian culture in the second half of the 19th century, and the first Italian poet to be awarded the Nobel Prize.

Carducci had been to Spoleto in 1876, visiting, among other things, the Fonti del Clitunno, to which he dedicated an ode entitled “Alle Fonti del Clitunno”, later included in one of his major poetry collections “Odi Barbare”. Carducci’s composition is a Sapphic ode, composed in the style of great classical poetry, in which all the themes and motifs dearest to the poet emerge: love of nature, lyrical solemnity, the need for “civil” poetry, and the modernising recovery of ancient thought. Among the verses of the ode, some are dedicated to the famous episode of the great victory of Spoleto and the Italic peoples against Hannibal, using boiling oil. They will be the ones chosen to be engraved on stone:

How did the sun laugh with a soul light
Through this array of beautiful mountains, when it saw
Shrieking it saw, and roaring in flight
The high Spoleto
The dreadful Moors and the numid horses
With obscene fray, and above them clouds of iron
streams of burning oil, and the songs
of victory!

In March 1905, Spoleto’s town council, spurred on by a committee chaired by Pasquale Laureti, decided to pay homage to the man who ‘immortalised in verse the glories of our region: let them be sculpted in marble and placed on the walls [in Via Cecili] that witnessed the triumphs of Rome’. To mark the occasion, it was decided to invite the Risorgimento poet Giovanni Marradi – a former teacher at Spoleto’s Liceo Classico – to give a lecture on the “Odi Barbare” at the Teatro Nuovo.

The date chosen for the great occasion was 21 April of the following year. The poster dedicated to that day reads: “On 21 April, a day as sacred as the one that was called the Christmas of Rome by plebiscite of generations, Spoleto carves on the ancient walls that saw so many epic Latin glories the verses of Giosuè Carducci praising the virtue of the ancient Colonia spoletana, impregnable for the defence of Italic law and Rome. […] Spoleto, writing this classic homage in its history, to the Vate, to the Maestro, to the free citizen, who from the pride of his ancestors derived the indomitable ardour of thought, invites all the people of Umbria to join in the great Latin festival so that, in this harmony of inspiration, the ancient spirit may shine forth, the pure ideal of freedom, fortitude and simple life”. The mayor Domenico Arcangeli writes in the invitation to the ceremony that “every citizen should participate in this festival, a tribute of gratitude to the Great, who in Sapphic verse eternalised the most beautiful, the most epic page of ancient Spoleto history, the defence of Italic law against the barbarian invader, the defence of Rome as mother and of Latin freedom”. The procession set off from Piazza Campello, crossed, as reported in the “Messaggero” of the time, “the main streets of the city between two densely packed wings of the people” and met in Via Cecili for the unveiling of a large plaque in Tivoli travertine measuring three metres by two and a half metres.

Some time later, in 1907, the City Council decided to name one of Spoleto’s major cultural institutions, the City Library, after the recently deceased poet.

The City Library would tribute the poet once again in 2007, on the occasion of the centenary of his death, with a series of events entitled “Carducci without rhetoric”, designed to investigate the deep connection between Carducci and the territory, including an exhibition with documents relating to Carducci’s inspection as Royal Commissioner, at the Liceo Classico (June 1876) and copious material on the various initiatives that the City of Spoleto dedicated to him: the plaque on the civic walls, the monument at the Fonti del Clitunno, the naming of the Library after the poet. 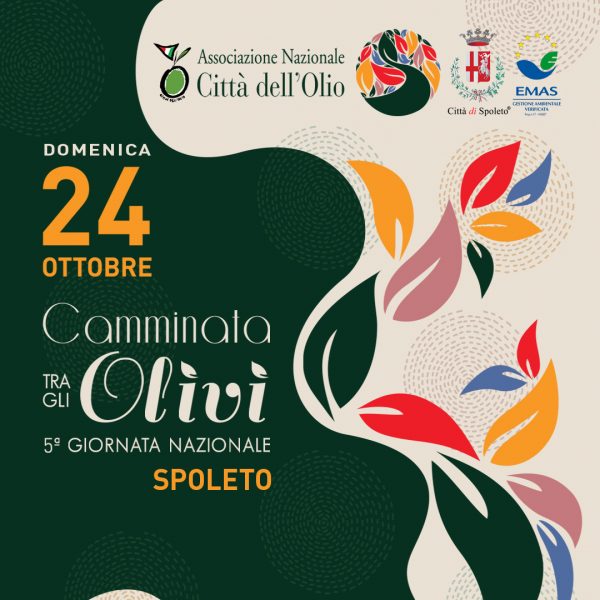