The Palazzo Collicola Visual Arts Winter Exhibitions open on Saturday 7 November at 12. The exhibitions will end on Sunday 22 May 2016.

Artistic director Gianluca Marziani chose Fausto Manara‘s “Sincronie”, Claudio Marini‘s “Fratelli di Sale”, the interactive audio installation “Deep Carpet” by Vincenzo Core at the Church of Santi Giovanni e Paolo and above all a collective exhibition titled “Spoleto contemporanea. Lo sapevate che la città è ricca di energie, idee e visioni?” (Did you know the city is so rich in energies, ideas and visions?) that aims at taking stock of present-day Spoleto, a look to the present to define the coordinates of what has been done in the last years by young and veteran artists, men and women, among those who have remained and those who have returned, including those from abroad who chose Spoleto to live in: American, European and also Italian artists, who came here for a while, for a long stay or forever. The Spoleto Contemporanea exhibition will be followed, on Friday 11th December at 17 in Palazzo Mauri, by a study day titled “CONTEMPORARY SPOLETO. Hypotheses for a Convention. Theses for a Dialogue” coordinated by Andrea Tomasini.

The other exhibitions include the artistic journey of psychiatrist Fausto Manara, author of a complex project between photography and electronic language. Through some forty works, you access his flooring digital universe, a parallel world in which technology becomes painting and confirms the conceptual value of technological tools. What hits you soon is the precious epidermic weaving of the works, and the classical originality of the aesthetic plant, an uncommon vision that mixes the key to the future with the archetypes of ancient memories.

“Fratelli di sale” by Claudio Marini “starts – clarifies Marziani – where you formulate the dimension of private grief in the visual epicentre in which Claudio remembers his late brother Giancarlo: the loss as the light tracing maps in tar black. The luminous areas look like sails or lungs, two forms that both need air, to inflate and live on. Wishing to share the weight of memory, the artist has put in leaflets with numbers related to personal matters, private moments that weld the collective brotherhood with a silent frequency of the Leopardian Infinite”.

At the church of Santi Giovanni e Paolo, composer Vincenzo Core has created an intereactive audio installation titled “Deep Carpet”. “Deep Carpet” is the second step of the cycle “Opera Celibe” freely adapted from the Duchampian concept of “macchina celibe” (unmarried machine), a cycle that aims at developing, among the frescoes at the former church of SS. Giovanni e Paolo, a research on sound and memory through a series of digital art installations, with contemporary tools and experimentations discussing with the history of the place. 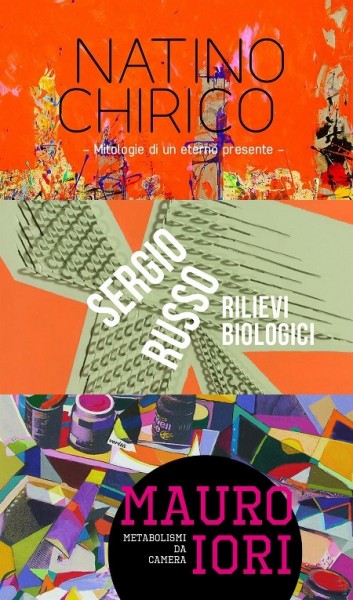 Curated by director Gianluca Marziani, they will be visitable from 19 March to 22 May 2016.

Meanwhile, the exhibition Spoleto contemporanea has been extended; it will still be possible to direct our gaze to present Spoleto, and define the coordinates of what has been produced in the city, by both young and veteran artists, men and women,  who either stayed or returned, including foreigners who chose Spoleto for a short or a long period of their life, coming from the rest of Italy, of Europe, of the world.

Read more
Tags: Arte contemporanea Mostre Palazzo Collicola
Palazzo Collicola – Springtime Exhibitions @ Palazzo Collicola Arti Visive
Tickets
Mar 19 @ 12:00
Natino Chirico, Mauro Iori, Sergio Russo: these are the protagonists of the Springtime Exhibitions at Palazzo Collicola – Arti Visive. The opening is scheduled for Saturday 19 March at 12.00.
Besides the three personal exhibitions, that will last till May 22nd, there will still be space for the project Spoleto Contemporanea, whose official book will be presented by Palazzo Collicola’s director, Gianluca Marziani, who thus described it “A book that collects the best adventures of the last decades, meticulously narrated by some characters of the world of culture in Spoleto, to show how much energy, quality and vigour flows in the veins of a more and more contemporary Spoleto”.
President of the Regional Council Donatella Porzi will join the exhibition’s opening.
Further information on www.palazzocollicola.eu
Read more
Tags: Mostra Palazzo Collicola
Apr
30
Sat
(Italiano) 1° raduno Spoleto ROSSO DUCATI @ Piazza Garibaldi
Tickets
Apr 30 all-day 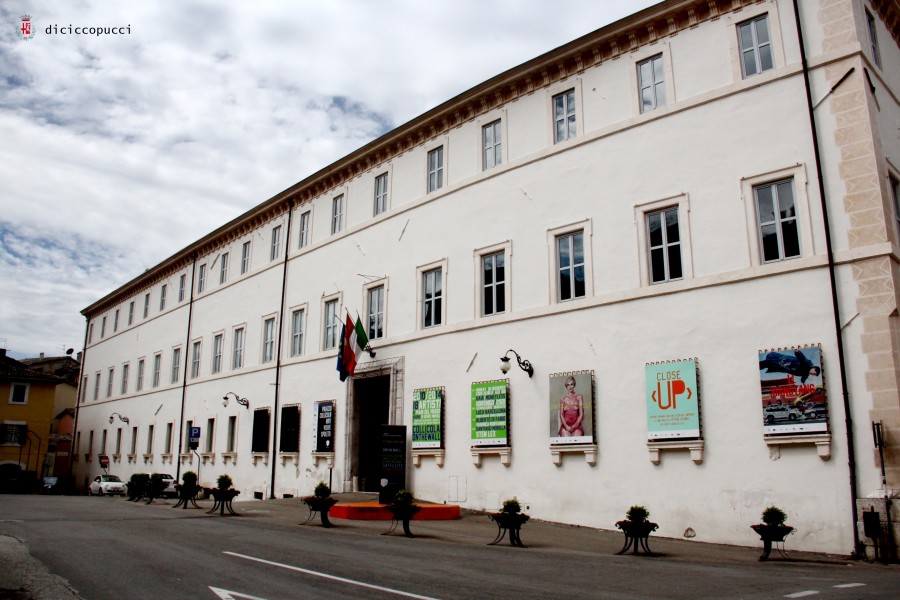 The marks caused to Palazzo Collicola by the recent earthquake turn into art. PALAZZO COLLICOLA ARTI VISIVE‘s director Gianluca Marziani instructed the artist Vincenzo Pennacchi to create an installation that would give an aesthetic and symbolic value to the fissures produced by the earthquake on the museum’s walls. LA CREPA (The Crack), is one of the proposals of Palazzo Collicola’s winter exhibitions that will be on show until February 12.

An important donation of six sculptures from 1963 by BEVERLY PEPPER is one of the highlights of these winter exhibitions. The works, donated to the contemporary art museum by the artist, testifies of the long-term relationship between the sculptor and Umbrian territory. In 1962 Beverly Pepper was the only woman as well as one of the three American artists (together with David Smith and Alexander Calder) who were invited to take part in the exhibition SCULPTURES IN THE CITY, curated by Giovanni Carandente.

The first stage of CORTESIE PER GLI OSPITI (Courtesies to Guests) project will feature works by Giovanni Bonelli’ private gallery in Milan.  COURTESIES TO GUESTS is a new cycle dedicated to the world of private galleries with their stories, choices, passions and intuitions… a narrative and engaging journey, imagined as a cultural adventure. Giovanni Bonelli’s gallery, opened in 2012 in the “Isola” district, features works by emerging artists as well as established national and international artists (Maurizio Mochetti, Gianni Pettena, Daniel Spoerri).

Palazzo Collicola Arti Visive will also host  an ambitious project connecting FOOD and VISUAL ARTS: OBIC, originating from an idea by Anna Paola Lo Presti and Gianluca Marziani, is the title of a big book in which the featured art works explore the history of food, from its origins to primary ingredients, traditional dishes and innovations.

Three new sculptures by Spoleto’s artist Cristina MMR Bonucci will be presented within the cycle TERRITORIO Storie di artisti umbri (Territory, Stories of Umbrian artists). Palazzo Collicola Arti Visive’s exhibition pays tribute to Kengo Kuma’s architectural look, to the holistic spirit of its buildings. The works have been set up in the Piano Nobile’s main room.

GROUND LAYER, Francesco Irnem’s new project, is part of SATELLITE COLLICOLA. It has been conceived and created especially for the phisical, thematic and conceptual characteristics of Spoleto’s Roman House (Via di Visiale), with its exciting living spaces and its elegant mosaic floors.  (on show until March 26)

Finally, L’ECO DEL BOSCO (The Echo of the Wood) is Franco Marrocco’s exhibition. Marrocco’s artistic path seems to consciously aim at reducing the unnecessary. His artistic quality has an oriental profile and seems to be influenced by Japanese culture of ceramics, where the talent shows itself in the silence of the suspended step.