A Concert to present the winners of the 70th European Singing Competition organized by the Teatro Lirico Sperimentale of Spoleto “A. Belli” will be held on Saturday, February 27 at 20. 30 at the Teatro Nuovo Gian Carlo Menotti.

The concert will be introduced by Francesco Antonioni, composer and presenter at Radio Rai 3 and Rai 5.

On the occasion of the 2015-2016 Prose Season’s last show “A cuore aperto”, scheduled for Friday 11 March at 21.00 at the Teatro Nuovo “Gian Carlo Menotti”, on Thursday 10 March at 17.00 at the Biblioteca Comunale “G. Carducci”, there will be a meeting on theatrical mediation led by mediators Erika Donini and Marco Schiavoni.

The dance, music and theatre play “A cuore aperto” by Compagnia Fabula Saltica is inspired by Shakespeare’s Sonnets. A mosaic of modalities reflecting directions, differences, and the references to the play. Each of the elements on stage is the spokesman of messages of freedom, destined to an audience attuned to love in its diverse expressions, a train of emotions, gazes, sequences, in which all chase each other, a confession of spirit that makes use of reasons and autobiographical clips, love turmoils and sparks, dreams, irritation and miseries, all addressed toward a transcendental dimension, a meditation on time, the transience of power and the misleadingness of life. 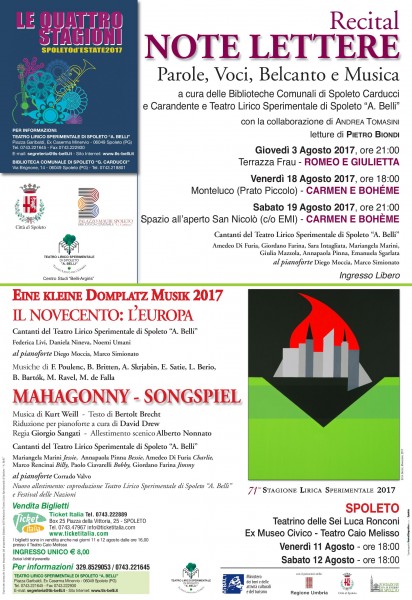 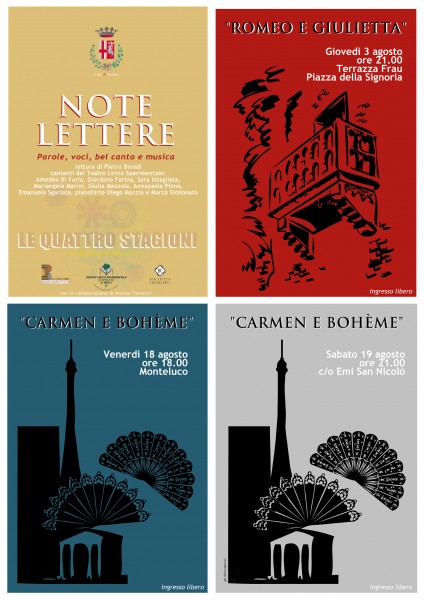