The Spoleto-Assisi Cycle Lane is a pleasant route, mostly flat, that links two worldwide famous cities, already connected by historical-artistic beauties and by the spiritual values of Franciscanism. 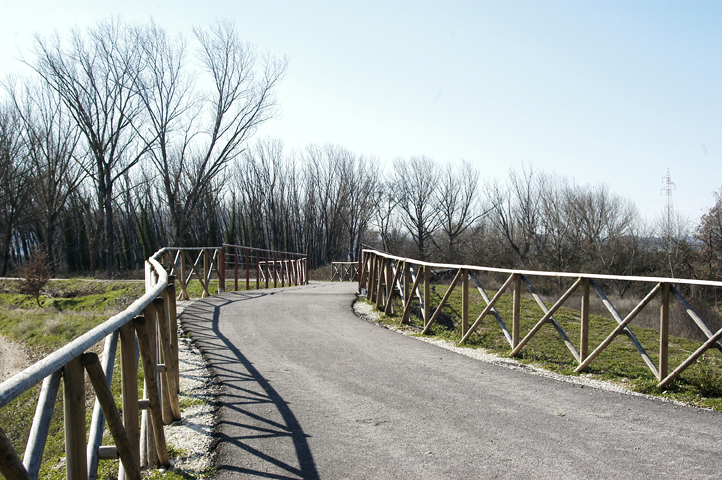 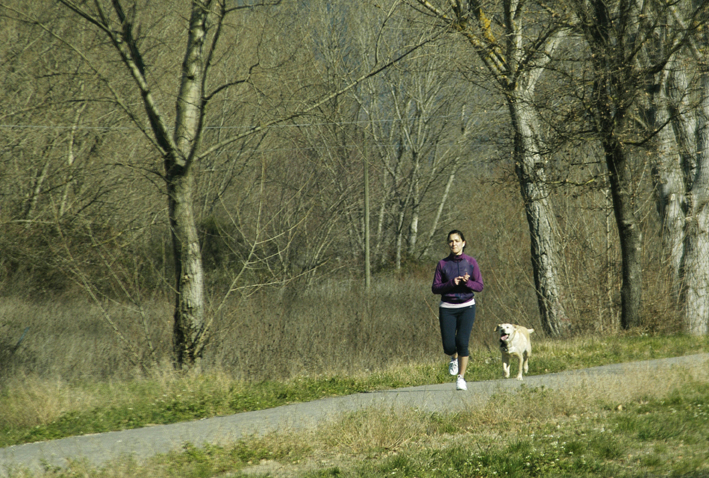 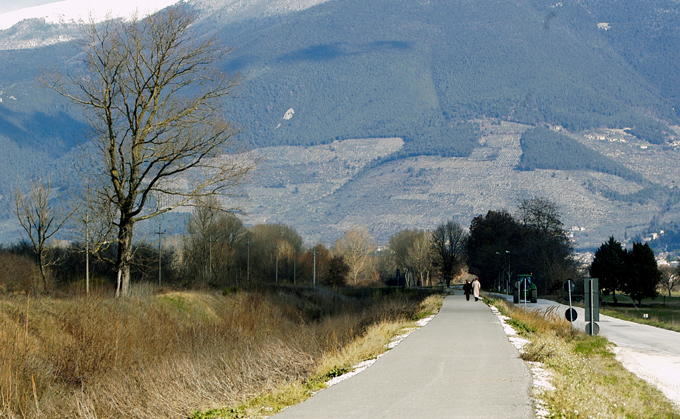 The route is 50 km long ca and, following the banks of the rivers Marroggia, Teverone, Timia and Topino, across Spoleto, Campello sul Clitunno, Trevi, Montefalco, Foligno, Bevagna, Cannara and Assisi.

It starts at San Nicolò, outskirts of Spoleto, close to the Mattonelle Building. Going on along the left bank of Tessino, it reaches the Pontebari bridge. Past the bridge, the route passes onto the right side of the stream, slightly above the countryside underneath.

The cycle lane then parallels the road to San Giacomo.

When by the bridges of Settecamini and Pissignano, the route crosses the border between Spoleto and Campello sul Clitunno, to then flank Trevi. 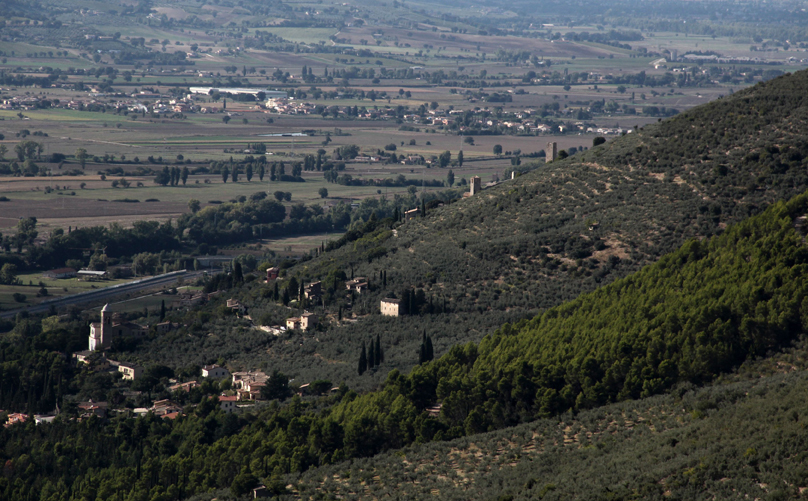 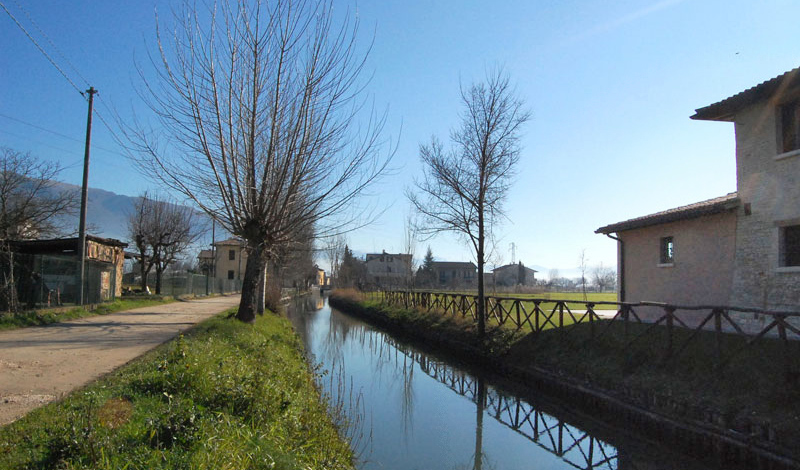 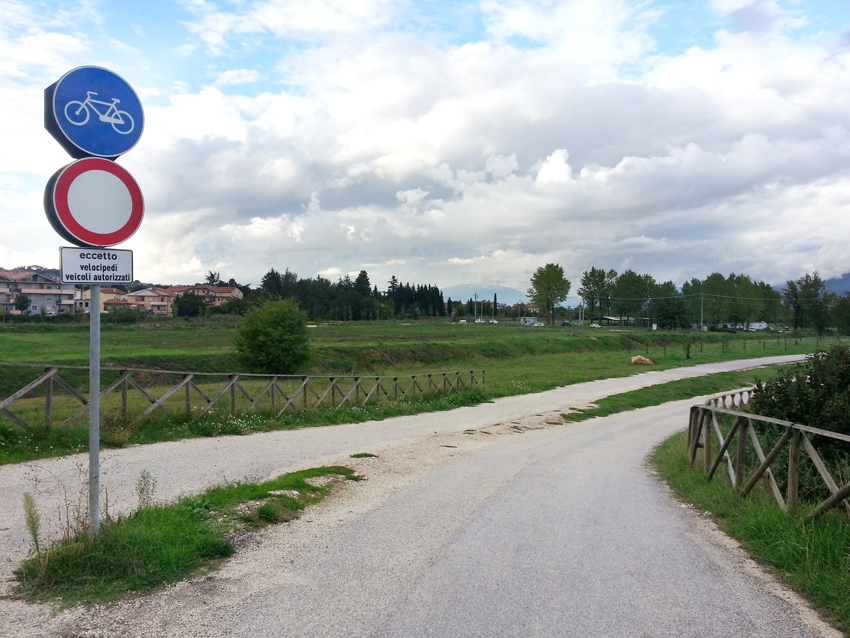 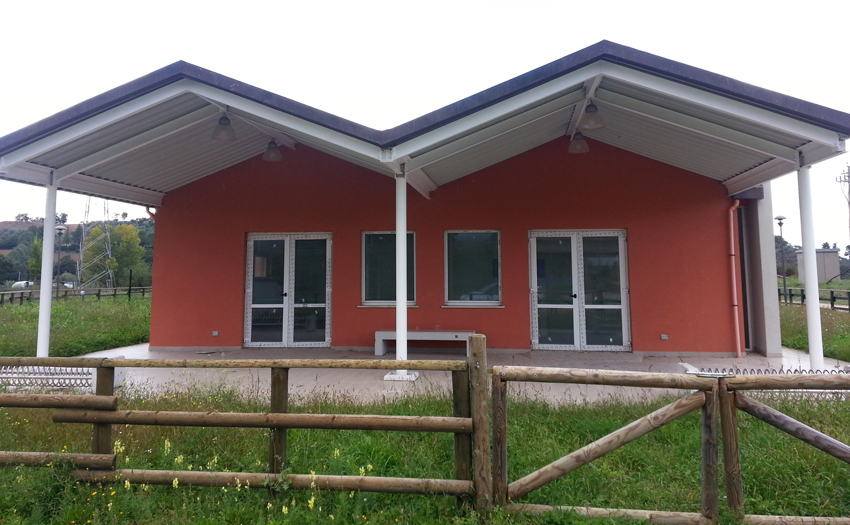 The route returns then to the left bank of rivers Tatarena and Teverone, till it reaches the historical bridge of Torre di Montefalco and passes over river Clitunno.

Then, distancing itself from the Timia, it heads out to Bevagna, whose charming Middle Ages square deserves brief detour.

From Spoleto, you can hike up on the ancient footpaths across Monteluco, sacred mountain since the Pagan period, where Syrian hermits first and St. Francis later on, went and settled to withdraw in meditation; Francis’ followers still occupy the small convent on the edge of the wood, previously dedicated to Jupiter. Or else you can head out to the former Spoleto–Norcia Railroad and thus reach the Valnerina.

In Campello sul Clitunno you can swerve on the footpaths that reach the castles of Pissignano and Campello Alto, through the famous Fonti del Clitunno, praised by Pliny the Young, Byron and Carducci and portrayed by Corot, see the Tempietto del Clitunno (UNESCO WHL), or choose one of the routes of the Strade dell’Olio. 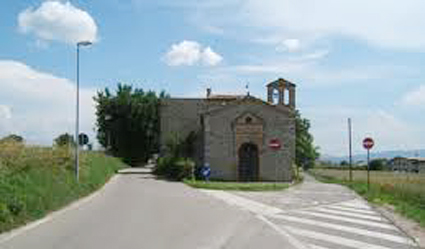 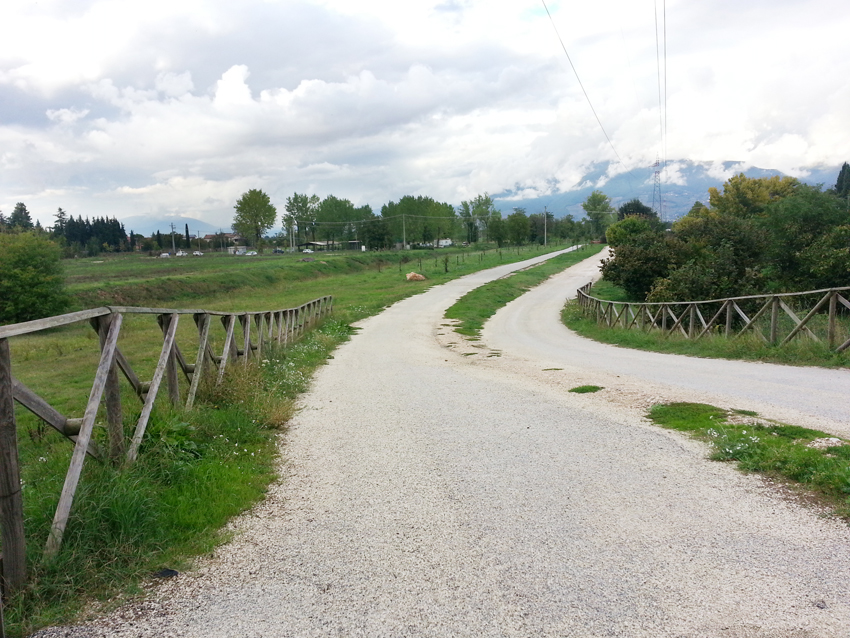 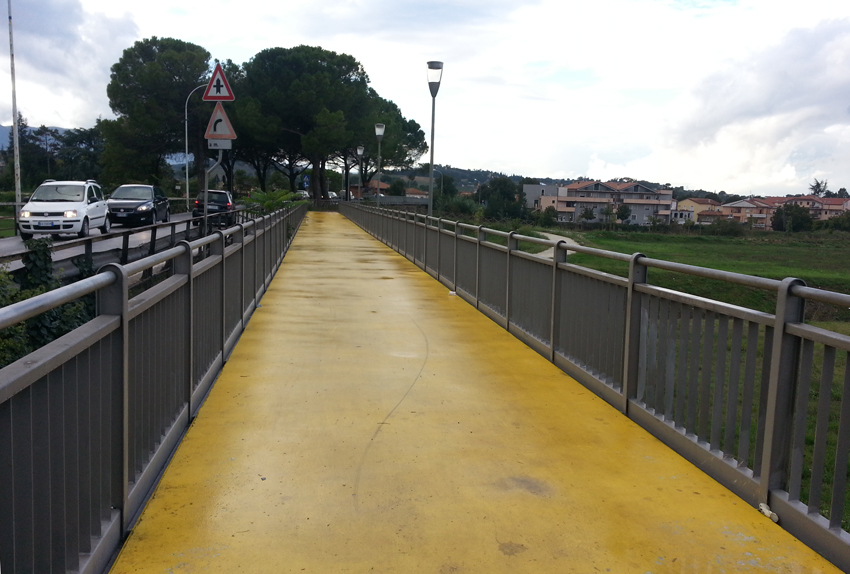 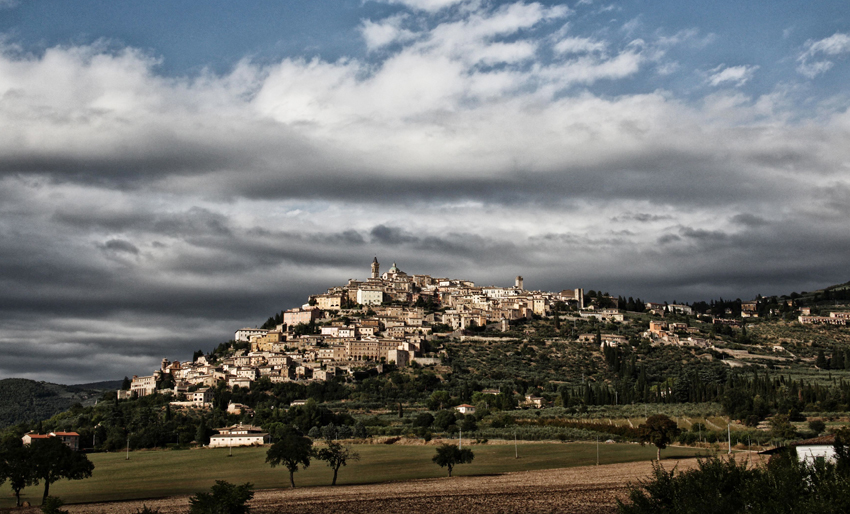 Bevagna is an ancient small city by the intact Middle Ages layout, that also maintains a number of Roman evidences; recommended visits include the splendid piazza Silvestri, the Palazzo dei Consoli (1270), the Romanesque churches of San Silvestro and San Michele, both dating to the late XIIth century, and the 1291 church of San Domenico e Giacomo. The church of San Francesco (late XIIIth cen) stands on top of the city, and features the stone where St. Francis stood while preaching to the birds at Pian d’Arca.

From Bevagna it is possible to access the Strade del Vino: the Road of Sagrantino climbs up to Montefalco while the Road of Cantico skirts Cannara and Assisi.

The church of San Biagio in Cannara is a sample of typical Umbrian Romanesque; the church of San Matteo (XIVth cen) features a triptych by Alunno and a wooden statue of Mother of Sorrows, and that of San Sebastiano hosts the Pinacoteca.

At Rivotorto you meet the basilica that was built to protect the Franciscan “tugurio” (hovel), where the saint lived for some time.

Assisi, included in the UNESCO WHL, features the Basilica of Santa Chiara, the convent of San Domenico and the splendid Basilica of Saint Francis. Just outside the town walls, the superb Rocca Maggiore, built in 1367 by Cardinal Albornoz on the previous (1174) structure of a feudal castle.

In 2015, the joint itinerary of the Spoleto-Assisi Cycle Lane and of the former Spoleto–Norcia Railroad, won the Italian Green Road Award in the frame of the Cosmo Bike Show. The route across the Valle Umbra dotted with charming, little-known villages, was declared Italy’s Best Greenway.