Notice: the Basilica of San Salvatore is currently not accessible. It is not possible to enter but it is still possible to admire the interior from the main door.

According to the great Spoletino historian Sordini, the Basilica of San Salvatore is the finest example of architecture in Spoleto that dates to antiquity.

Its origins are most likely funerary and it was initially dedicated to the martyrs Concordio and Senzia, not just because they were buried near one another, but because both were attributed with working wonders. Miraculous healings, which were initially attributed to Senzia, were later linked to the highly salubrious waters that sprung abundantly from Colle Ciciano.

In a Benedictine document dating to the year 815, the basilica was dedicated to San Salvatore, a change that can most likely be attributed to the Longobard dukes. It was later cited as the Monasterium Sancti Concordii. In the XVI century, the inner walls of the apse were decorated with frescoes that depicted the cult of the Crucifix, hence its new name, Church of the Crocefisso, or Crucifix.

After a major renovation project in the XX century, the basilica finally regained its old name, the Church of San Salvatore.

The layout of the building features three naves with a three-part presbytery whose central area has a vaulted ceiling on an octagonal base, which in the post-Renaissance was altered to a resemble a small lantern. There are two ambulatories with apses on either side of the main apse. They were originally service areas for liturgical functions, as dictated by the Eastern-Syrian architectural tradition, and are now two distinct chapels. Because the two ambulatories are longer than the main apse, which is externally straight, they create an arched juncture space which gives the back a particular façade effect.

Not much of the decorations have survived beyond some plaster and several elements of the paintings in the apse. Here, at the back of the central niche, they painted a gem-covered cross from whose arms hang chains with “A” and “Ω”, next to faux marble frames that enclose clypei and are very similar to the one depicted between the two angels in the cell of the Clitunno Temple.

The Church is rich in reused materials, of various origin, such as columns, basis, capitols, cornices; some of these were reworked, such as the architectural reliefs of the façade, the cornice in the presbytery and the dadoes on the cupola’s shutter, During the last restoration works at the end of last century, it came out that many sculpted elements were actually blocks dating to the classic age, such as the windowsill of the left window (that bears the inscription AVO MATRI), and the architrave of the major portal (part of a cornice used first as soil of a Roman sepulchral monument of the 1st century, whose cast is visible at the Fondazione Cassa di Risparmio di Spoleto, which funded the works).

The Serial Site includes the most important monuments built by the Longobards in Italy, all along the peninsula where the domains of the most important Longobard Duchies formed that which has been defined as the first ‘nation’ of Italy. In particular the Longobard Temple in Cividale del Friuli (UD), the monastic complex of San Salvatore – Santa Giulia, home to the city’s museum, with the archaeological area of the Capitolium in Brescia, the castrum at Castelseprio-Torba with the Church of Santa Maria foris portas (VA), the Clitunno Temple at Campello (PG), the Basilica of San Salvatore in Spoleto (PG), the Church of Santa Sofia in Benevento with the cloister that houses the Sannio Museum and, finally, garganic Sanctuary of San Michele un Monte Sant’Angelo (FG).

When you leave the basilica, you may want to go down to the city cemetery below and see its monumental areas.

Designed by the architect Ireneo Aleandri (who also designed the Teatro Nuovo and part of the main road) in 1836, it has retained its Neoclassical flair in the area under the basilica, where the main stairs, conceived to resemble a theatre, serve to connect the elevations of the various levels. The scenic effect as the basilica comes into sight is enhanced when you reach it over the main street from the cemetery.

The most important place of the entire site is the area where, on either side of the main stairs and symmetrically placed not unlike a stage setting, are the two wings of the loggia where illustrious men found their final resting place.

Although they were not part of the original design by Aleandri, they fit in beautifully with the purist Neoclassical style of the composition as a whole. Framed by pilasters, the tombs sit next to one another and, although each one is singular and different, they all adhere to a single style embellished with the symbols of the Christian tradition: the tree of life, the monogram of Christ, the rose, palm and the heraldic shields of the Zacchei Travaglini, Angelini Rota and Fratellini family.

The Antonelli tomb stands out, decorated with an entirely sculpted altar that dates to the XVI century; as does the one of Bachilli, with its painting of Madonna and Saints done by Calvi, who was also responsible for other important works of art in the city; and those of Sansi, Campello and Pucci della Genga, in which the rank of the families is evident by the monumentality of the decorations and embellishments. 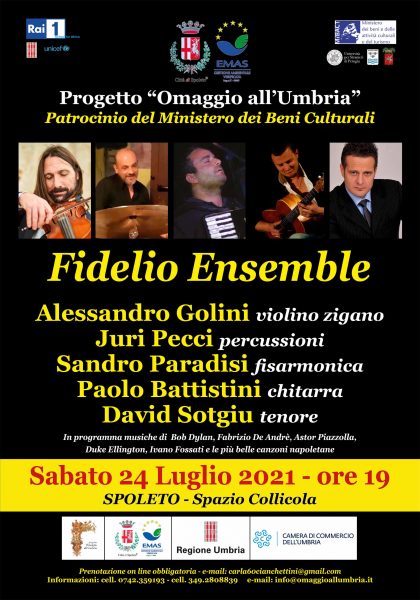