Because of lack of sources, it is not known which kind of government had founder Faroald I established over the duchy of Spoleto.

According to what Paul the Deacon wrote in his Historia Langobardorum, we know that the Roman descendants were harshly treated:

In these days, many of the Roman nobles were killed for greed of their riches; the rest were divided among their “hosts” and made tributaries, stipulating that they should pay the third part of their produce to the Langobards. The Longobard dukes, in the seventh year after the coming of Alboin and his people, stripped the churches, killed the priests, ravaged the cities, annihilated the populations that had grown like crops on the fields and, in addition to the regions that Alboin had subdued, most of Italy was invaded and subjugated by them.

The Longobard dukes, having killed or driven out most of the Roman landowners, took possession of the land and allowed the survivors to remain and work; according to hospitalitas, however, the surviving landowners had to pay one third of the crops to the Longobard farae (military aristocratic clans).

The Langobards had thus seized key positions in society, and very few Romans were able to maintain a wealthy position. 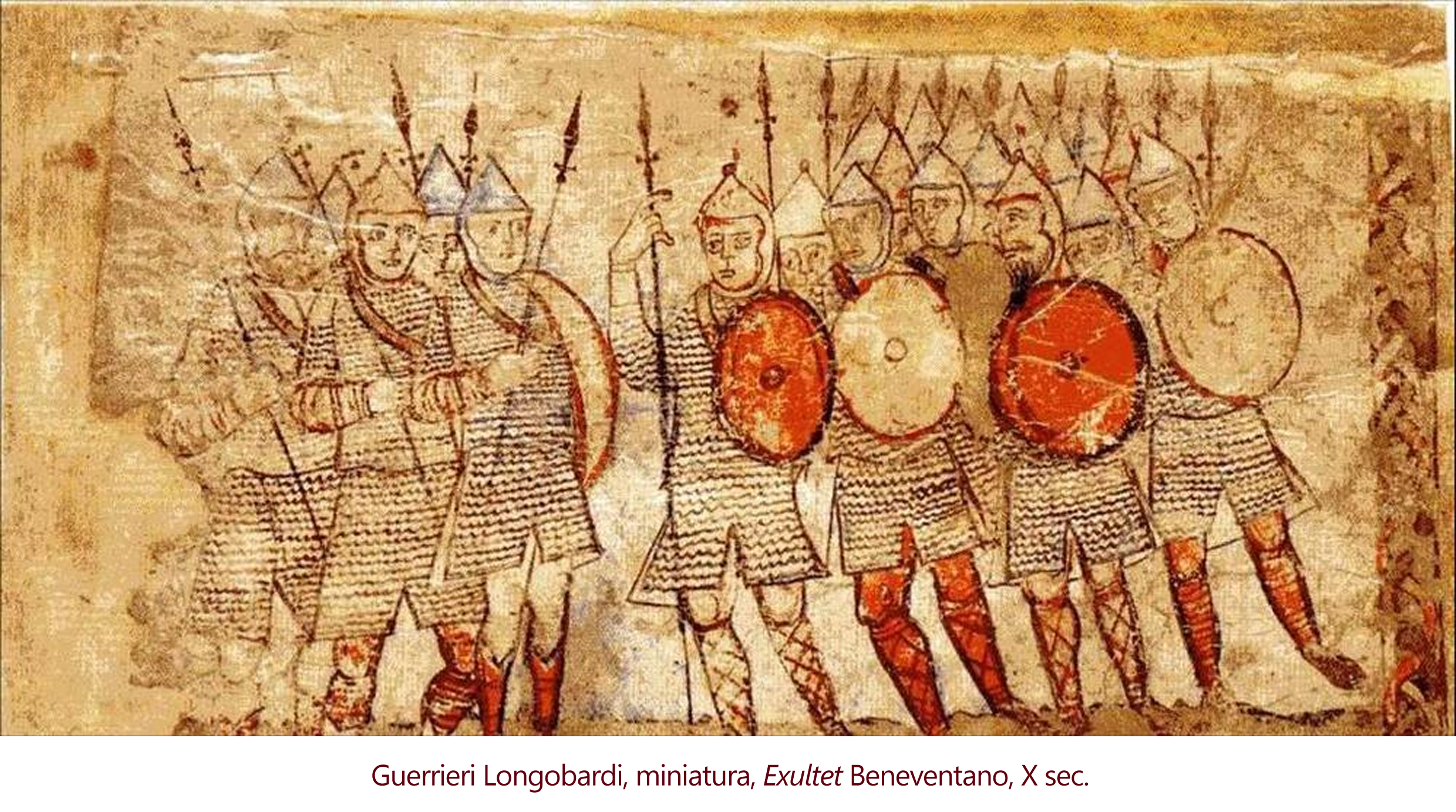 However, it seems that the invasion in our territory was not particularly fierce and that Spoleto, a city destined to become one of the bastions of Longobard power, was treated better than others by its first duke.

The episode of the meeting between Bishop Peter (who ruled the diocese from 562 to 591) and the Arian bishop is emblematic of how the former, very freely, exercised his power to the extent of refusing the Langobard the concession of a church without political authority intervening.

“…in fact, he refused to grant an Arian Longobard bishop a church to celebrate his rites without the authority getting involved.

And when the heretical prelate, having assembled his sectaries, who were also Langobards, went to the suburban church of St. Paul to occupy it, the custodian of that church did not fear to lock the doors and lock it inside with bolts and other things, as much as he could.

Boniface, a monk, told St Gregory how, when the bishop and the crowd had come to the church, and he was about to break through, the doors, by some mysterious power, opened with a great noise; the lamps, which had been extinguished, were re-lit and the Arian was blinded, whatever one may think and wish to think of it, it does not detract from the fact that the preceding events show how one could dare not a little, and still be tolerated by those same people, who in other places, through fierce fanaticism, slaughtered almost entire villages, and a great multitude of prisoners…

The case raised such an uproar, that it was the cause that in these places the Langobards refrained from profaning the churches” (A. Sansi).

This fact foreshadows the link that was to be established between the Duchy of Spoleto and the Holy See: the various dukes sought the Pope’s support to assert their ambitions for independence from Pavia.

However, the repeated recourse of the Dukes of Spoleto to the help of the Pope prepared the ground for a natural annexation of the territory to papal policy. But we will talk about this later.