In recent weeks we have talked about the birth of the Duchy of Spoleto and the scarcity of sources in this regard. However, is it possible to trace the urban organization and the public and residential architecture of the city of Spoleto in the Longobard period?

It seems that in the early medieval period the whole southern sector of the Roman settlement took on particular importance, especially the one that gravitated on the road axis that connected the theatre with the intersection of Via Flaminia with the axis of the cardo maximus.

Archaeological excavations carried out following the renovation of historic buildings have recently brought to light significant evidences to begin to outline the urban situation of the Duchy’s capital.

Among these there are two rooms of the thermal complex found under Palazzo Mauri, near the forum of the Roman period: the first has a semicircular basin covered with cocciopesto; the other, with a square plan of about 6 m per side, has an extraordinary mosaic floor, with a central manhole for the flow of water made of marble and carved in bas-relief with plant motifs. 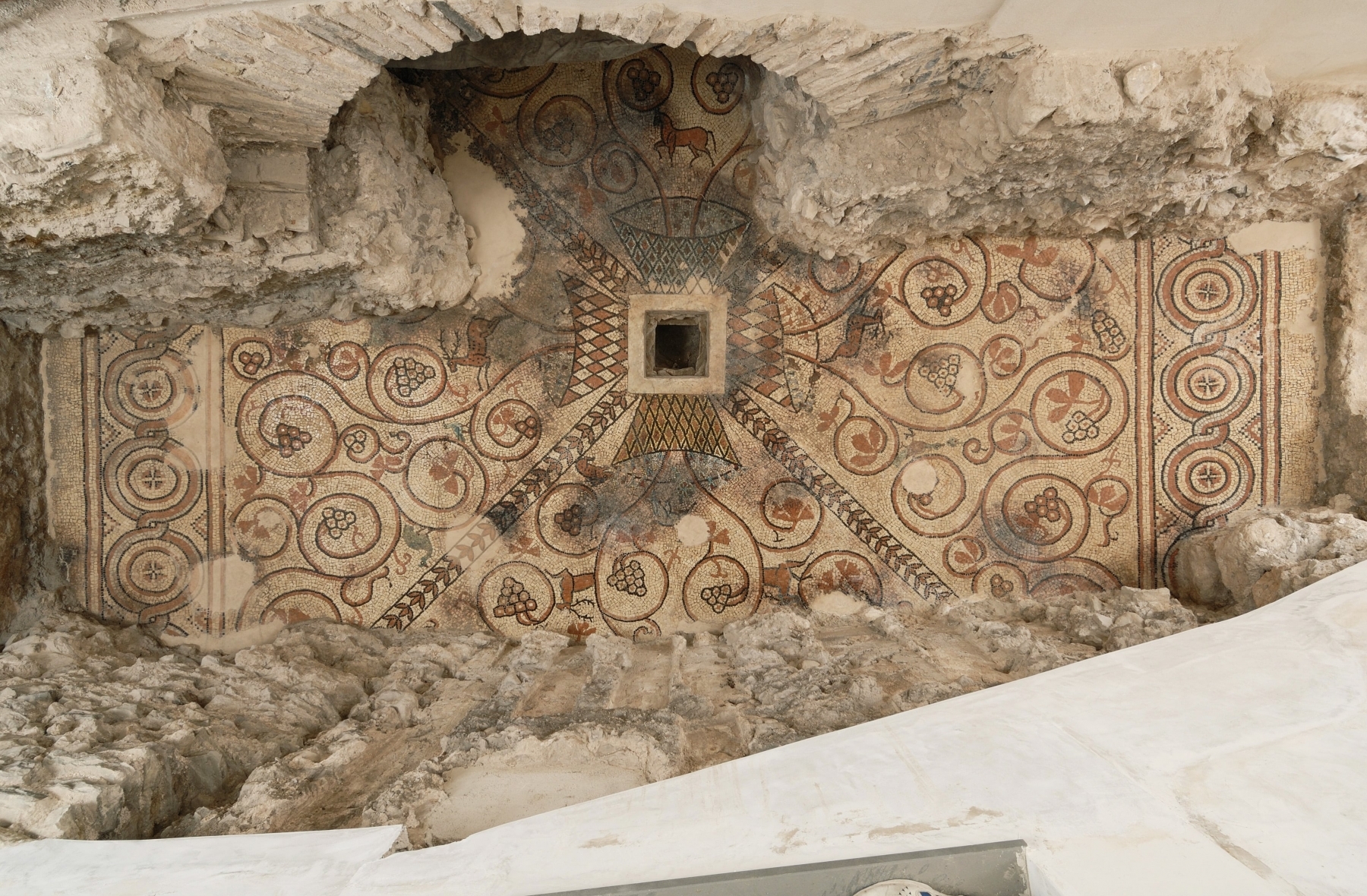 The figurative mosaic decoration, bordered by a braid that encloses triangles and rosettes, includes vine shoots that depart from four central baskets and develop in large and very elegant spirals, which enclose bunches of grapes and leaves.

Among the shoots, various animals are represented, deer, birds, a lapwing, a horse and a hare.

The mosaic, which seems to be attributable to the last decades of the sixth century, is a document of exceptional interest because the quality of the depiction indicates a very high patronage and at the same time attests to the presence in the area of a building complex of considerable importance.

The spa building may therefore have been the subject of repaving works commissioned by the first Lombard dukes and may be related to their residence or, rather, to the bishop’s headquarters, given the Christian character of the representation, which may lead to consider it used as a baptistery.

In the photo gallery, in addition to the restored mosaic and some details, you can admire a reconstruction of what the whole floor was supposed to be, but the advice is to come and admire it in person.