Spoleto’s great craftsmen are the protagonists of the 1953 Umbrian Handicrafts Exhibition.

From 8th to 23rd September 1953, the sixth edition of the Umbrian Handicrafts Exhibition took place in Spoleto.

Held for the first time in Orvieto in 1948, the Exhibition reached its climax at the sixth edition in Spoleto. This is explicitly stated in the event’s catalogue kept at the Public Library, that specifies that the Umbrian event was officially included in the national calendar of Fairs, Exhibitions and Expositions for the first time on the occasion of the Spoleto edition.
The preface to the catalogue states that the exhibition will take place ‘beside the magnificent San Domenico’. In one of the photos from a photographic album entirely dedicated to the exhibition, the monumental entrance to the kermesse, erected between Via Pierleone and the apsidal part of the church of San Domenico, just before the entrance to Piazza XX Settembre, is just striking.

The numbers bear witness to the great success of the initiative. There were more than two hundred exhibitors and obviously a large number of craftsmen from Spoleto; here’s a selection from the ads in the event’s official catalogue. 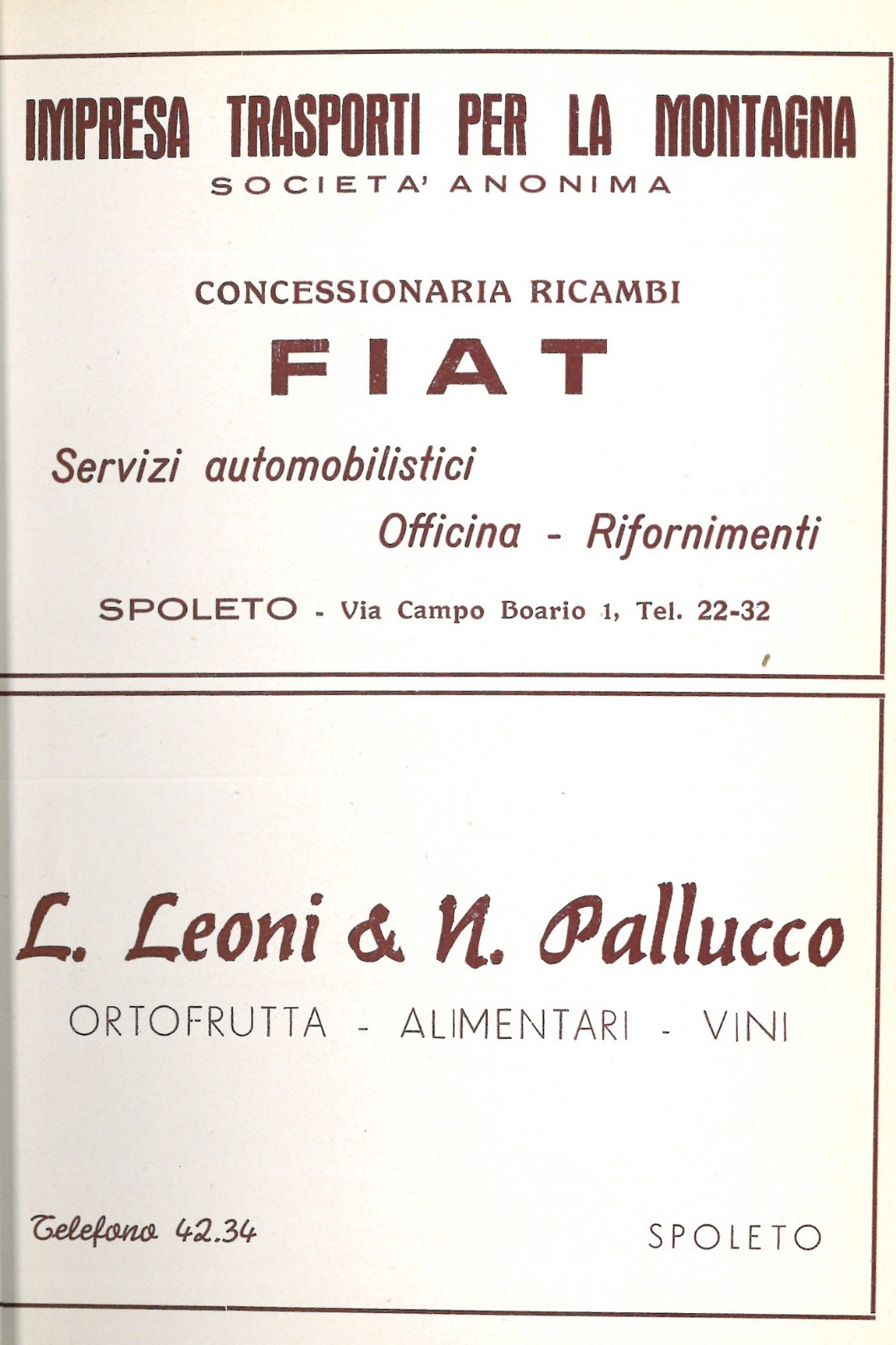 The organisers explained that the choice of Spoleto as the location is consistent with the area’s great tradition of craftsmanship, a strong asset of the local economy: “in fact [in Spoleto] craftsmanship has always been in great honour, graced across five centuries by the likes of Giovanni Andrea di Ser Moscato, carver together with Damiano Mariotti of the magnificent Reliquary of the Cathedral, or the famous lute-maker Eleuterio Leonardi, and still remains today a major drive for the local economy”. 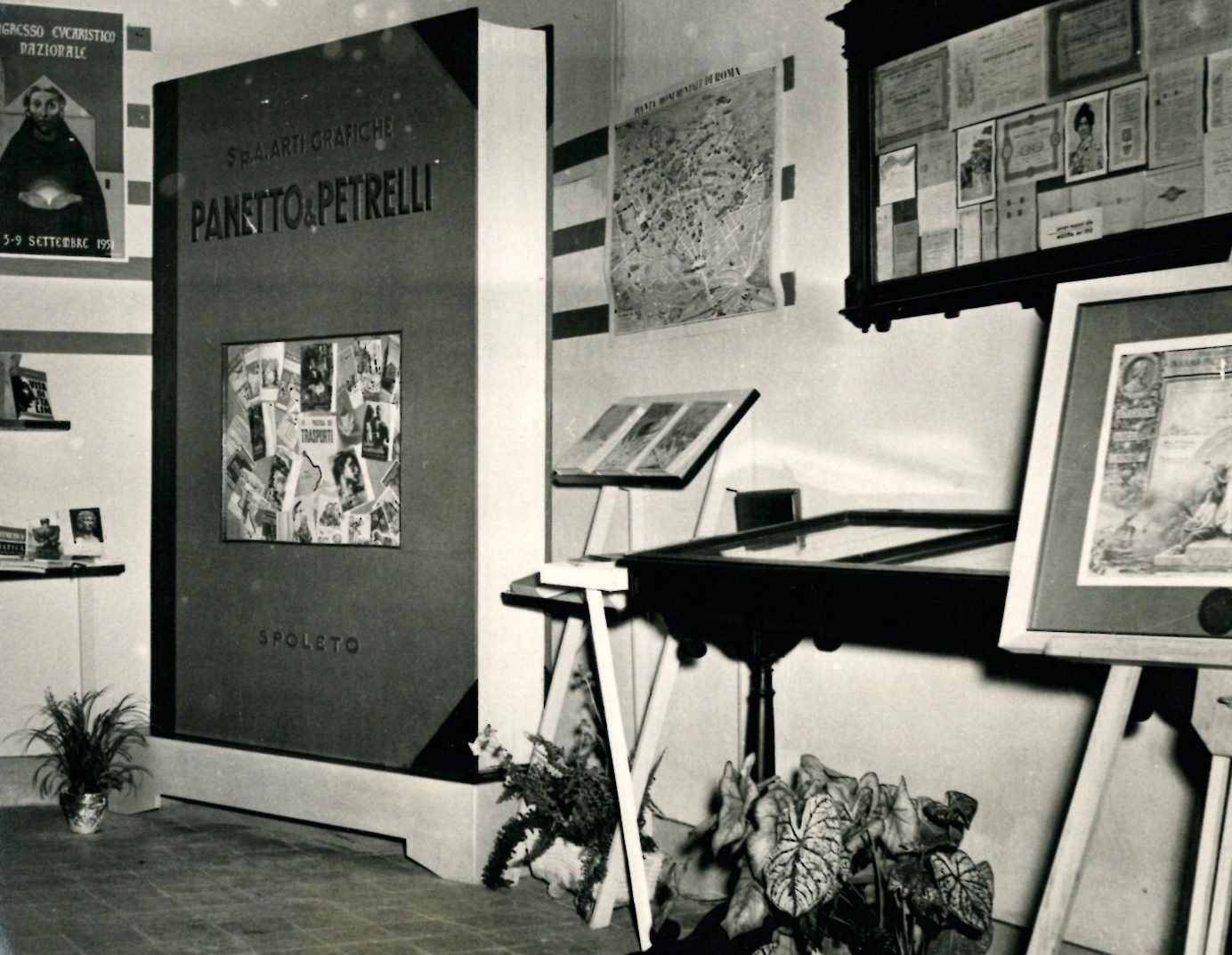 Another innovation with respect to past editions was that a retrospective exhibition was organised in Spoleto, which ‘is intended to illustrate this tradition [of Spoleto] together with that of other Umbrian towns and cities and is intended not only to have a historical, artistic value, but also to be an encouragement to today’s craftsman, while past glory will propel them in this difficult, arduous path‘. 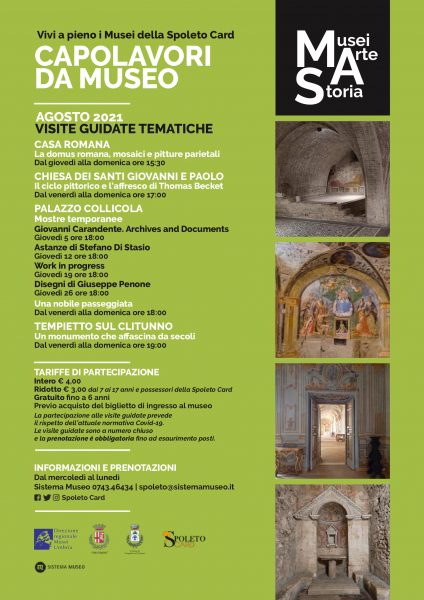